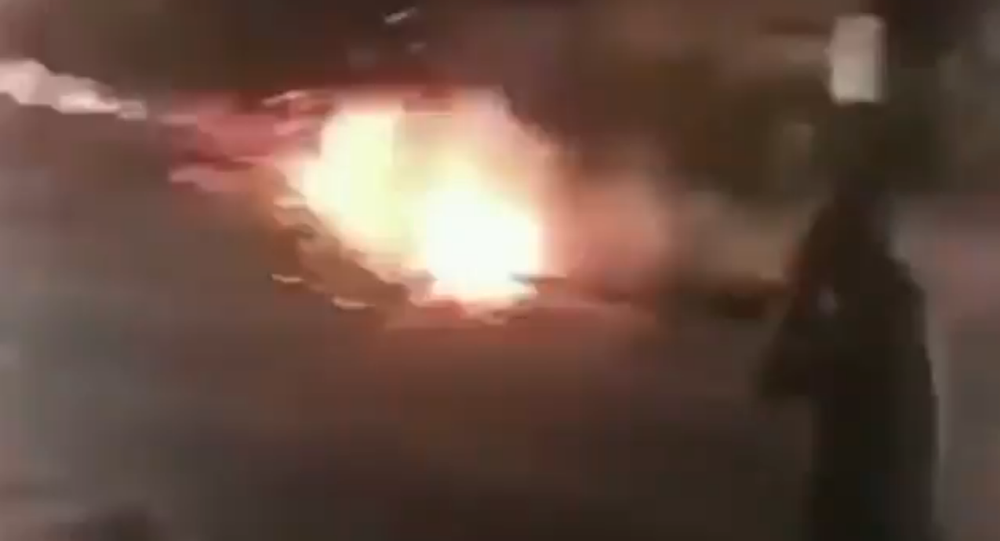 Bonfire Night in the United Kingdom is known for its extravagant fireworks displays and burning effigies. However, in the days running up to the event, when personal fireworks are sold prolifically, they are often used by gangs as weapons, leading to chaos in the streets in recent years.

A group of hooded youths were captured on video launching fireworks at moving cars on the main road in Sheffield on Saturday evening.

The footage shows the group of teenagers setting off the explosive devices while yelling at residents in the centre street.

A woman can hear saying "They threw it at us!" after the hooded group had been using the pyrotechnics as weapons.

​The full video appears to be taken using the messaging app 'Snapchat' with the word "nutters" and three laughing faces as a caption.

More than 80 firework-related issues have been reported in Sheffield in the past few days alone with police stating on social media that they were responding to reports of the pyrotechnics being used to target a Tescos.

Patrols are stepping up in the Abbeydale corridor as we are starting to get complaints regarding fireworks being set off in Mount Pleasant Park,Sellers Street and Sitwell Road. Tesco on Sharrow Lane has also been a target if anyone has some information please get in touch pic.twitter.com/VstJwKZTx8

​Residents claimed on Twitter that similar incidents happen every year.

Just at the side of 1st Choice off licence and watch all of hell break loose, @SheffSE_NHP usually do. This happens every year as the idiots target pedestrians, vehicles and buses that pass by.

​"We are already seeing an increase of incidents of anti-social behaviour involving children and fireworks", Chief Superintendent Sarah Poolman said, as reported in the Daily Mail.

"Fireworks are dangerous, they pose a risk to people's safety and their property, as well as causing distress to many people living nearby".

She addressed that "Halloween and Bonfire Night will be different this year for everyone" but stressed that "anti-social use of fireworks is incredibly dangerous and frightening for victims and witnesses".

"We are taking a zero-tolerance approach to this and I urge parents to support us in relaying this message", she added.

Earlier this week, a group of youths was reported to have thrown fireworks at each other on Devonshire Green.

There is typically an increased police presence in the days leading up to Bonfire Night - 5 November.

In 2015, the Abbeydale Road area was torn up by yobs using fireworks as weapons. On Bonfire Night that year, three police officers were injured from fireworks among the chaos after terrified residents called 999 in response to rival gangs launching the projectiles at one another.