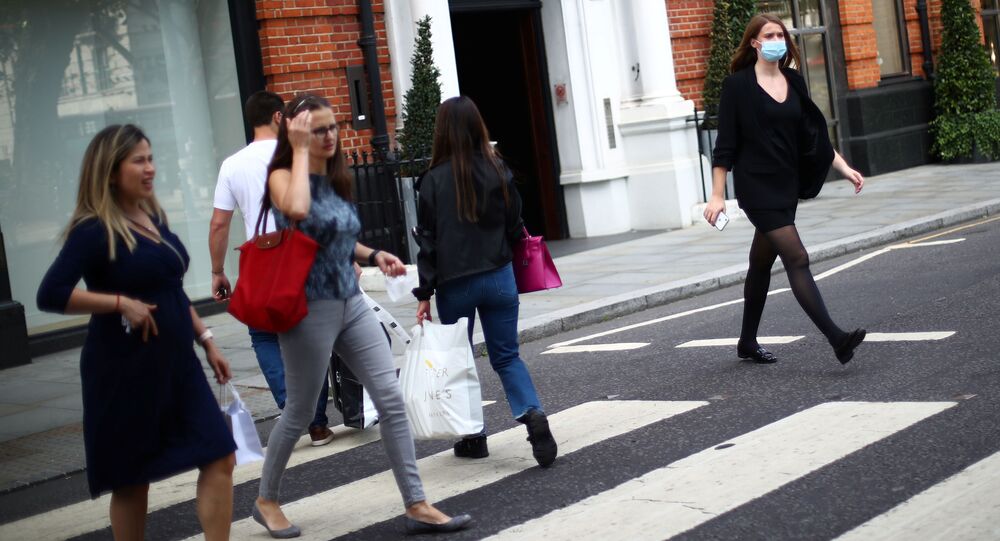 MOSCOW (Sputnik) - UK Chancellor Rishi Sunak's plans to drastically increase public spending could be decimated if the government is forced to fund a prolonged battle against COVID-19, the Institute for Fiscal Studies (IFS) think tank said in a fresh report on Tuesday.

According to the IFS, the UK government has already allocated more than 70 billion pounds ($90 billion) to fund response efforts to the pandemic, and if these measures are to be continued, ministers may not be able to implement the planned 10.7 percent increase in public service spending by 2023/24.

"If some of these spending programmes – such as expanded procurement of personal protective equipment (PPE) or the running costs of NHS Test and Trace – need to persist, they could swallow up a huge chunk of the increase in funding pencilled in between now and 2023-24", the IFS report read.

After winning the December 2019 general election, Prime Minister Boris Johnson pledged to bolster spending for several key services, including policing, education, and the country's National Health Service, in an attempt to roll back austerity measures enacted after the 2008 financial crisis.

However, a lengthy pandemic "would almost certainly require another bout of austerity for some public services", the IFS said, adding that an estimated 20 billion pounds ($26 billion) in extra funds would need to be allocated to avoid cost-cutting measures.

The United Kingdom is currently in the midst of its second COVID-19 wave, and 4,044 new cases were registered by the Department of Health and Social Care on Monday. To date, the country's case total is 439,013, and 42,001 people have died within 28 days of testing positive for the disease.