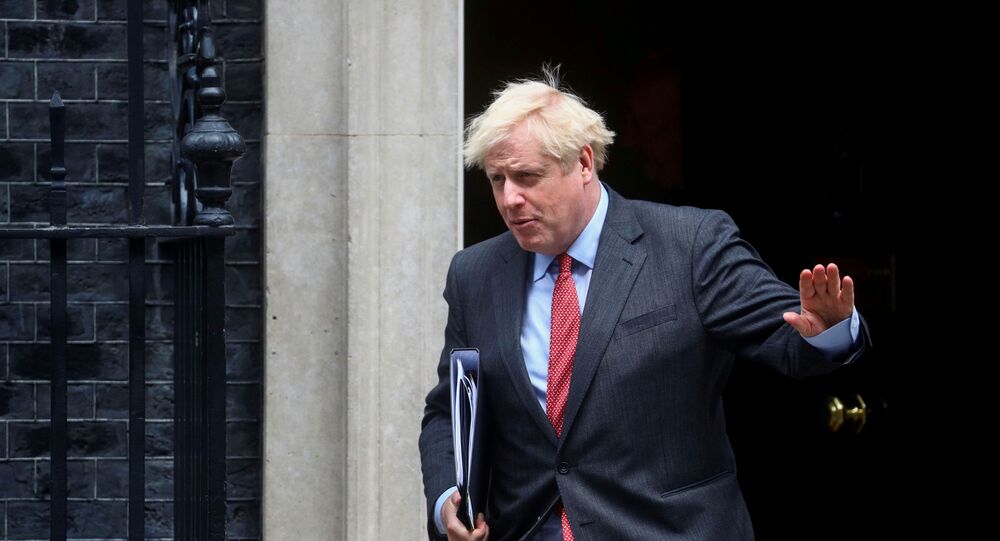 Prime Minister Boris Johnson abandoned plans to introduce a second national lockdown as a new surge in coronavirus cases erupted in the UK because of fears that Chancellor of the Exchequer Rishi Sunak would quit, writes The Sun.

The Chancellor is reportedly credited with saving the country from a series of restrictions that would have resulted in “economic carnage”, rendering Sunak’s nigh on impossible.

Despite medical and scientific experts warning of the deadly fallout from failure to install tough restrictions to halt a possible second wave of COVID-19, Sunak is believed to have explained to Johnson in a private meeting that he “wouldn’t wear it”.

“There were fears he would find it difficult to carry on if he was ignored… It was all down to the Chancellor that we avoided delivering a hammer blow to the economy and took a more balanced approach instead. Rishi saved the day,” a senior MP is cited by the newspaper as saying.

A “noisy majority” of experts are claimed to have urged the Prime Minister to initiate a nationwide shutdown only 48 hours before Johnson addressed the nation on television to elaborate on the Government’s pans amid the health crisis.

Sunak, claim sources cited by the publication, presented a powerful argument in favour of keeping the UK open to protect millions of jobs and businesses.

In response to the report, Downing Street dismissed speculations that the Chancellor or any government advisers had threatened to quit over greater curbs.

“The Prime Minister listened to a full range of arguments before deciding the next course of action. He took a balanced approach, with maximum social measures to drive down the infection rate while having minimum impact on the economy,” a source close to Johnson is quoted as saying.

Earlier, the UK’s Chief Medical Officer Professor Chris Whitty and Chief Scientific Adviser Sir Patrick Vallance warned that the country could face a daily increase of up to 50,000 cases and 200 deaths by mid-October, unless the Government revised its response to the health crisis.

At present, the number of cases in the UK is doubling every seven days, with 6,042 new cases of the respiratory disease confirmed as of 26 September.

There are a total of 429,277 confirmed coronavirus cases in the UK.

Johnson made a statement on the coronavirus situation in the UK in the House of Commons, outlining new restrictions in England, yet underscoring this was not a return to total lockdown.

"I want to stress that this is by no means a return to the full lockdown of March. We're not issuing a general instruction to stay at home. We will ensure that schools, colleges and universities stay open because nothing is more important than the education, health and wellbeing of our young people", the Prime Minister said.

He also said that schools would stay open and restaurants would switch to table service only, and staff in shops and taxi drivers would wear masks. Johnson added that office workers were being encouraged to work from home.

New laws prohibiting social gatherings of more than six people came into effect on 14 September, amid government calls on the public to remain vigilant in the fight against coronavirus.

As Downing Street had been sending “mixed signals” regarding measures to deal with a spike in COVID-19 cases, senior Tory MPs were reported to be pushing for legislation that would prevent Johnson from pursuing future pandemic-related clampdowns without Parliament having the final say.

Sir Graham Brady, who as chairman of the 1922 Committee is leader of the Tory backbenchers, tabled a cross-party amendment to impose a "Parliamentary lock” on any future restrictions.
In the face of a swelling revolt, Johnson was reported as having offered a vote next month on the continuation of the “rule of six”.