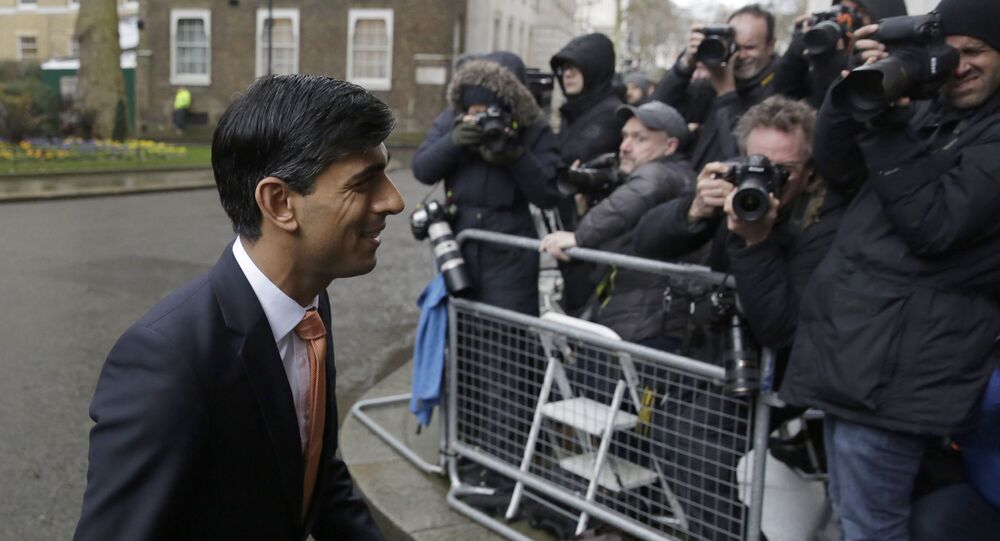 The British government has apparently shifted its focus from an expected autumn budget plan straight to a winter economy scheme, detailing a roadmap to effectively protect jobs as fears have mounted of a resurgence in novel coronavirus cases.

Speaking to the House of Commons on Thursday, UK Chancellor of the Exchequer Rishi Sunak announced a set of updated government measures aimed to support those in workplaces and extend a helping hand to viable businesses and people in them, including those with "depressed demand", amid concerns the upcoming cold season could see a a new twist on the COVID-19 pandemic. The new plan is to replace the costly furlough scheme, which the government introduced when the coronavirus pandemic broke out in March.

Sunak announced Downing Street would boost wages to cover up to two thirds of the lost pay for workers that had been furloughed during the lockdown, adding the newly-proposed measures would run for six months and all workers would be eligible, including those that hadn't used the furlough scheme. The government would  "directly support" the wages of people working at least a third of their normal hours, the chancellor promised.

However, he admitted, there is no way the government could focus on the jobs included in the furlough scheme, but rather zero in on the viable businesses that would actually yield revenues during the crisis.

He stressed that grants for the self-employed would be extended similarly to the job support scheme, with all the loans schemes, part of the "Pay as You Grow" plan for UK businesses, due to run until at least the end of the year. " The loans can now be extended from six to 10 years, nearly halving the average monthly repayment,” Mr. Sunak noted.

Separately, he announced the cancellation of the planned VAT increase and promised to keep the lower 5 percent VAT rate until 31 March next year.

The Chancellor told the Commons that the sources of economic growth should adapt to "a new normal", as the UK is facing hard dilemmas and crucial trade-offs, namely the twin challenges of both a severe healthcare crisis and the resulting economic slump.

Prime Minister Boris Johnson threw his weight behind the diverse multi-billion-pound package of economic measures that he said they had jointly drawn up with Rishi Sunak.

Addressing the coronavirus concerns, Johnson assumed that effectively keeping tabs on the infection rates in the country would make for the best solution for jobs in the nation, suggesting Sunak has been "realistic" in his tough predictions for the UK's near-future. However, Johnson stressed, the government is doing everything it can to support maximum jobs.

After the Prime Minister vowed to specially address the employment issue, Labour MP Grahame Morris weighed in, stressing the urgency of a targeted expansion of a COVID job retention scheme: "Make no mistake: a tsunami of job losses is in the pipeline within 38 days,” he warned.

The current coronavirus job retention scheme will continue until the end of October, with furloughed workers across the UK continuing to receive 80% of their current salary, up to £2,500, according to the UK government's website.

The authorities have repeatedly expressed concerns both about the cost of furlough (more than £40bn to date) and that it may keep people in jobs that have no viable future. Business groups and a number of think tanks have asked for a targeted version of the furlough that would pay the wages of workers in the hardest-hit sectors. That would cut down on costs while still preserving jobs, they argued.