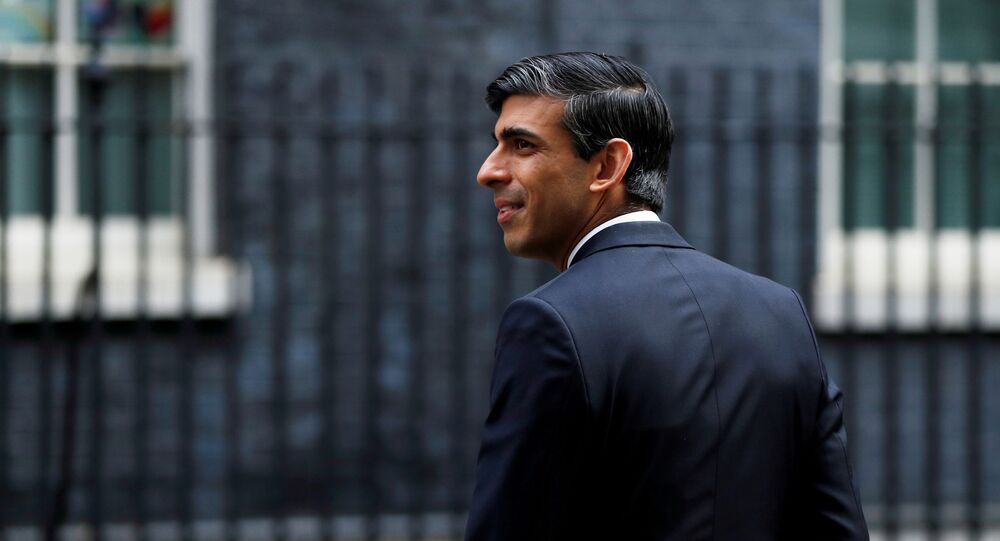 As Prime Minister Boris Johnson touched upon the importance of keeping jobs intact across the country, in light of a potential coronavirus resurgence, a Labour MP warned that a storm is coming for the employment market.

UK Chancellor of the Exchequer Rishi Sunak has shifted his focus from a prospective autumn budget plan straight to a winter economy scheme, unveiling a roadmap to protect jobs after MPs warned of the risk of a "tsunami" of job losses.

The multi-billion-pound package of protective measures stipulates not solely the extension of earlier adopted VAT cuts and loans for depressed businesses, but a scheme inspired by one in Germany, whereby taxpayers subsidise the wages of workers returning to work part time after being furloughed.

The earlier introduced VAT cut to 5% for the struggling hospitality and tourism industries is set to continue through the end of March 2021, and four loan schemes for ravaged businesses are likely to be extended until the end of November. The terms to pay them back will increase from six to 10 years to further cut monthly repayments.

The chancellor has taken the highly unexpected path of turning a blind eye to his November budget because "now is not the right time to outline long-term plans and people want to see us focused on the here and now", it has been suggested.

"No-one wanted to be in this situation but we need to respond to it. The chancellor has shown he has been creative in the past and we hope that people will trust us to continue in that vein,” a Treasury source told Sky News, stressing that giving individuals and businesses reassurances at this tumultuous time has been “uppermost in his mind”.

Sunak will reportedly be "very honest with people" about the "difficult trade-offs" the government has faced as it scrambles to deal with the twin challenges of a stringent healthcare crisis and related economic woes.

"It is not about health versus the economy, but about the balance between keeping people in jobs and finding them new ones," a source said, asserting that the top priority for the government is certainly jobs.

Vows to Provide ‘Imaginative’ Schemes to Keep People ‘in Work’

The prime minister told MPs as he was announcing freshly-updated measures that would be applied to reverse the prospects of a second wave of the pandemic:

"What we will do is continue to put our arms around the people of this country going through a very tough time and come up with the appropriate creative and imaginative schemes to keep them in work and keep the economy moving."

The promise prompted Labour MP Grahame Morris to weigh in, stressing the urgency of a targeted expansion of a COVID job retention scheme: "Make no mistake: a tsunami of job losses is in the pipeline within 38 days,” he warned.

Hours after the prime minister’s speech, the Labour leader Sir Keir Starmer urged the government to come up with a "plan B" for the economy ahead of the furlough scheme for British workers ending in October.

"It makes no sense to bring in new restrictions at the same time as phasing out support for jobs and businesses," he said, also alerting to a "wave of job losses this winter".

The shop workers' union issued a similar warning and called for an online sales tax to save the high street, arguing the retail sector employees amount to over three million people across the country and it is vital to take measures to protect them.

"If we are going to save the high street, there needs to be radical and bold action to level the playing field between online retail and 'bricks and mortar' shops," said general secretary Paddy Lillis, suggesting the time is long “overdue” for the government to seriously consider introducing some form of online sales tax.

As the government has now moved to relaunch its NHS COVID-19 tracing App and other measures including 10 pm curfews at bars and eateries, the latest figures showed 6,178 new cases of coronavirus in the UK - the highest daily total since the start of May, taking the overall number to 409,729.

Over the past two weeks, the government has faced criticism over not only purported inconsistencies as it first ushered in the lockdown easing and then raised the question of a second wave, but failings in the country’s Test and Trace service. Apart from delays, individuals have also reportedly been instructed to travel hundreds of miles in order to receive a COVID-19 test.

According to official data, the number of patients who have died in London hospitals after testing positive for COVID-19 stands at over 6,100. The total UK coronavirus death toll stands at over 41,780.