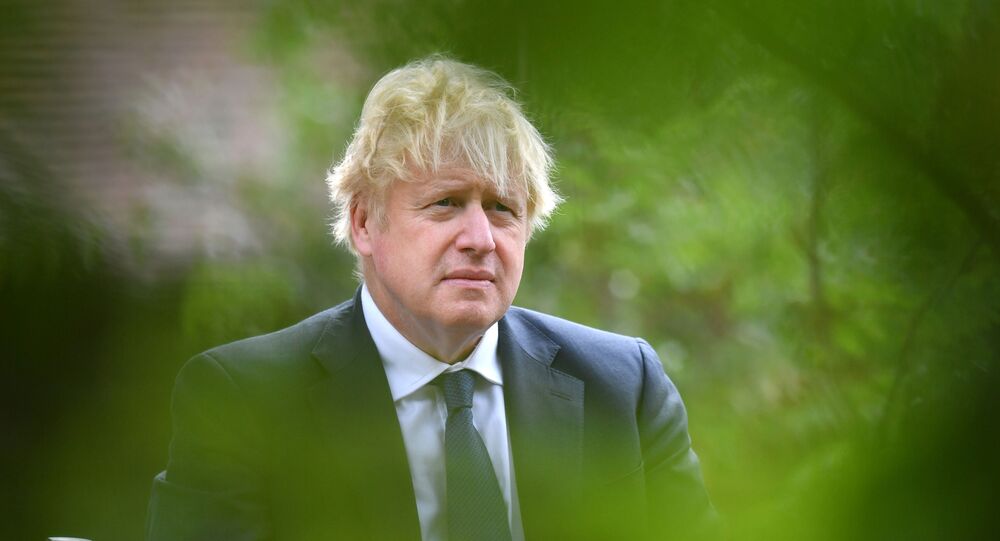 A ban on social gatherings of more than six people was earlier re-imposed in England as of 14 September, after more than 3,000 confirmed coronavirus cases had been recorded in the country for the third day in a row, with UK Policing Minister Kit Malthouse urging Brits to report their neighbours to the police in case of witnessed violations.

UK Prime Minister Boris Johnson has responded to backlash over a recent call urging Britons to inform on their neighbours if they see them violating the Rule of Six, which was recently re-imposed in the country due to a spike in COVID-19 cases.

Confessing that he personally was not a fan of “sneak culture”, Johnson suggested people initially try to reason with rulebreakers before turning them in to the authorities, writes The Sun.

“What people should do in the first instance is obviously if they are concerned is raise it with their friends and neighbours," the outlet quotes the Prime Minister as saying.

Earlier, as the Rule of Six was re-introduced in the UK as of 14 September amid a surge of coronavirus cases to replace guidance allowing gatherings of up to 30 people, Government Minister for Crime and Policing Kit Malthouse said "the option is open" to members of the public to call the police non-emergency number to report perceived violations of the new rules.

"If they are concerned and they do see that kind of thing then absolutely they should ring the number," said the minister, adding that he would dial 111 if he saw his neighbours breaking the rules.

A backlash ensued, with both Tory MPs and police hitting out at the order, cautioning the authorities against fostering snooping and “score-settling” among the population.

“Does he think we have an endless supply of officers who can just go out to these things? It will be hundreds and hundreds of calls coming in from curtain-twitchers.”

“Calling on people to spy on each other is not a particularly good situation to be in. Police will be inundated and unable to separate out the trivial from the serious. They could be snowed under with people trying to get even,” The Sun quoted Smith as warning.

Last week Prime Minister Boris Johnson expanded on the fresh COVID-19 restrictions introduced by the government starting 14 September after more than 3,000 confirmed coronavirus cases had been recorded in the UK for a third day in a row.

Joined by Chief Medical Officer for England Professor Chris Whitty, the PM said England would limit social gatherings to six people, replacing previous rules in the country on households mixing with each other.

Johnson underscored that the measures did not mean the country was having another lockdown.

"The point of them is to avoid another national lockdown," said Johnson.

He confirmed that if people from two households were to meet but their number exceeded six, they would be breaking the law.

As long as social distancing measures are complied with, weddings, funerals, religious services, schools and workplaces will be exempted from the "rule of six" restrictions.

The number of the confirmed coronavirus cases in the UK currently stands at 374,232 with 41,664 fatalities, according to the World Health Organisation’s latest situation report.