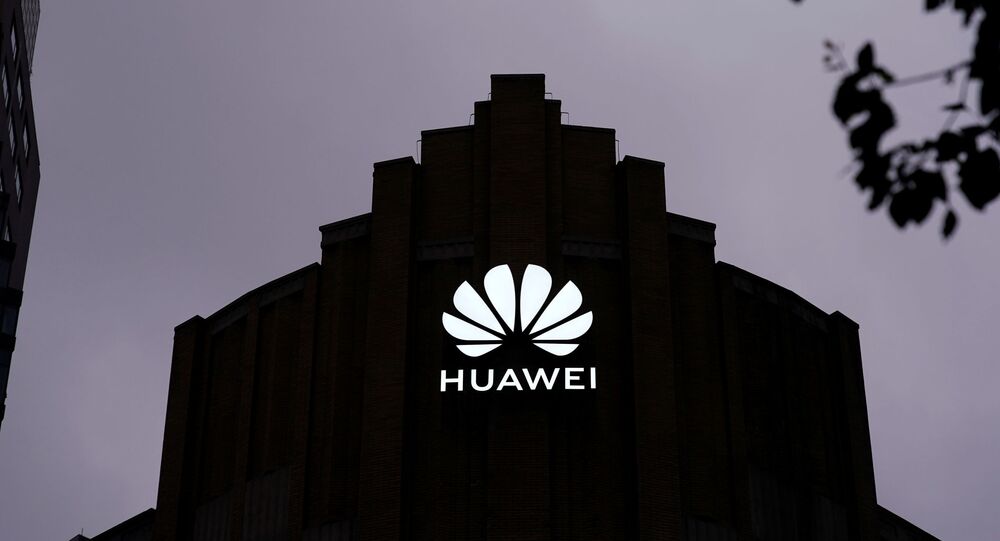 In late February, the British government announced that it would give Huawei a limited role in building the UK's 5G infrastructure, despite previous US warnings that the move could potentially compromise US-British intelligence sharing.

UK Prime Minister Boris Johnson is set to start excluding the use of Huawei technology in the country’s 5G network this year "in a major about-turn", The Telegraph reports.

The newspaper referred to a report by the Government Communications Headquarters (GCHQ)’s National Cyber Security Centre which claims that US sanctions against Huawei has had a "severe" impact on the firm and will prompt the Chinese telecom giant to use "untrusted" technology.

The report, which is expected to be presented to Johnson later on Sunday, said that GCHQ officials are drawing up proposals to stop installing new Huawei equipment in the UK’s 5G infrastructure "in as little as six months", also speeding up "the removal of technology that is already in place", according to The Telegraph.

The UK’s Health Minister Matt Hancock has, meanwhile, said that he wouldn’t comment “on leaks of that kind”, adding, ”what I can say is that when we came out with an interim report on this earlier in the year, there are a number of conditions that needed to be met”.

He expressed confidence that "the National Security Council will look at those conditions, and make the right decision on this, to make sure that we have both a very strong telecoms infrastructure […] but also that it is secure”.

The developments come after The Telegraph cited unnamed sources as saying in late May that Johnson was considering slashing Huawei’s role in the country’s 5G network rollout.

"He [Johnson] still wants a relationship with China but the Huawei deal is going to be significantly scaled back. Officials have been instructed to come up with a plan to reduce Huawei's involvement as quickly as possible", the source claimed.

Huawei UK chief Victor Zhang, for his part, slammed those who "choose to continue to attack us without presenting any evidence", and warned that disrupting Huawei’s "involvement in the 5G rollout would do Britain a disservice".

"[Our] priority has been to help mobile and broadband companies keep Britain connected, which in this current health crisis has been more vital than ever. This is our proven track record", Zhang underscored, in an apparent reference to the ongloing COVID-19 pandemic.

London has been under significant pressure from Washington since announcing in February that the UK would, with conditions, allow Huawei to assist in building the 5G network in the country.

The British government made it clear at the time that the Chinese tech giant would be excluded from the UK 5G network’s "core" parts, such as safety-related and safety-critical areas, e.g. military bases.

Washington has repeatedly warned London that permitting Huawei to take part in developing the country’s 5G network would put the US-UK intelligence-sharing agreements at risk, and threatened to downgrade bilateral security cooepration.

© AFP 2021 / Maja Suslin
White House Wants US Firms to Buy Ericsson, Nokia to Compete With Huawei
In May 2019, the Trump administration blacklisted the firm over allegations that the company's hardware and software connections sent data to Chinese intelligence agencies, amid trade tensions between the two economic powerhouses that began in January 2018. Both Beijing and Huawei have repeatedly denied the accusations.

The US has also urged other countries to refrain from using Huawei equipment when adopting 5G network technology, as part of its pressure campaign on the Chinese tech behemoth.