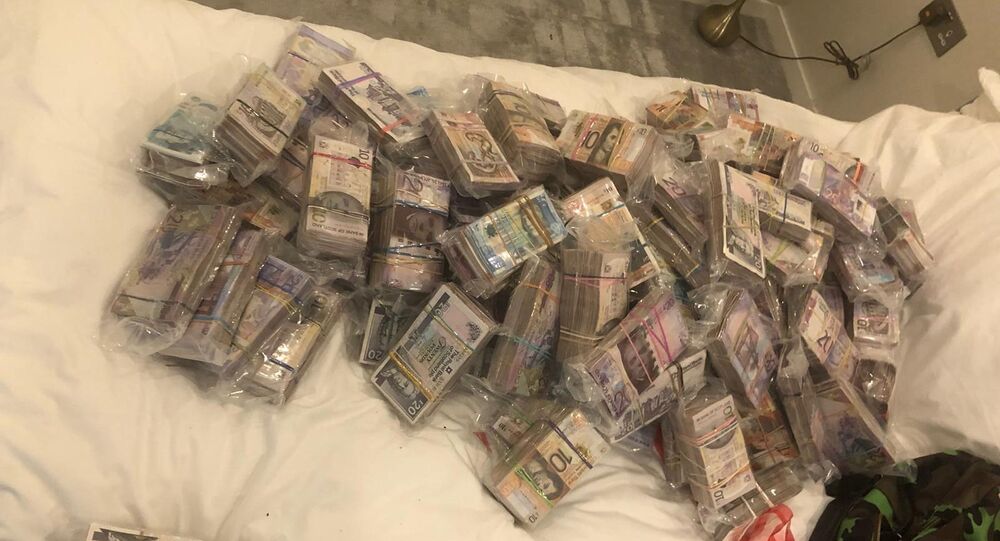 The National Crime Agency and several European partners say they have smashed a secret communication system used by gangsters across the continent. It is said to be the biggest breakthrough since the Silk Road network on the Darkweb was taken down in 2013.

Britain’s National Crime Agency has announced a major victory over organised crime, having broken the code being used by an encrypted communication system called Encrochat.

The NCA, working with the Metropolitan Police, police forces all over the UK and several European law enforcement agencies, launched Operation Venetic.

National Crime Agency and police have smashed thousands of criminal conspiracies after the infiltration of encrypted communication platform #EncroChat in the UK's biggest ever law enforcement operation.

​The Metropolitan Police alone have charged arrested 171 people for offences including conspiracy to murder, possession of firearms, money laundering and conspiracy to supply Class A and B drugs - 99 of whom have been charged.

Police have seized £13.4 million in cash - £5 million of it in a single raid - and seized 16 guns, including Skorpion submachine guns, 620 kilos of heroin and cocaine and 19 kilos of cannabis.

The NCA said around 1,400 criminals in London were using Encrochat and 37 of the devices have been seized.

WATCH: Video released by NCA and South Wales Police shows raids and arrests on OP VENETIC - the largest ever UK police operation against organised criminals which penetrated the EncroChat platform. More on @timesradio with @JPonpolitics at 1620 pic.twitter.com/kXSGTRGbaT

​Earlier this month detectives identified a plan by one gang in London to shoot and kill a rival.

An individual was arrested for conspiracy to murder and a loaded pistol was seized.

The head of the Metropolitan Police, Commissioner Cressida Dick, said: “This operation is the most significant activity, certainly in my career, we have ever carried out against serious and organised criminality across London.”

Almost 100kg of illicit drugs, £1.5million cash, firearms and a grenade have been seized as part of Operation Venetic, the North East’s biggest-ever crackdown on serious and organised crime.

​She said: "Organised crime groups have used encrypted communications to enable their offending. They have openly discussed plots to murder, launder money, deal drugs and sell firearms capable of causing atrocious scenes in our communities. They were brazen and thought they were beyond the reach of the law.”