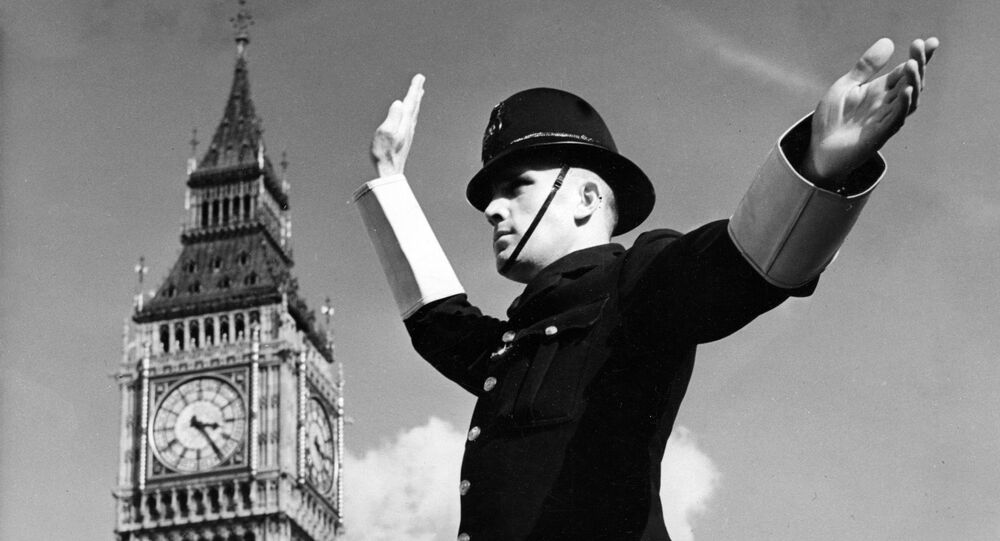 In February, Home Office officials reportedly argued that Prime Minister Boris Johnson's previous pledge to recruit 20,000 new police officers in England and Wales within three years is not enough and that over 50,000 policemen are actually needed.

The funding crisis caused by the coronavirus pandemic may result in an era of austerity for police in England and Wales, London Mayor Sadiq Khan wrote in a letter to the Home Secretary, seen by The Guardian.

Khan expressed concern that the “failure to act quickly will not only put the government’s pledge to recruit 20,000 additional officers over the next three years at risk and damage services that help to tackle the root causes of crime, but will leave the police with one hand tied behind their back at the worst possible time”.

He also referred to government cuts related to police funding after 2010 which the London mayor said had caused “disastrous consequences for [tackling] violent crime”.

“I have protected policing as much as is possible from these cuts – but it still leaves a £109.3 million [$136 million) budget reduction over the next two years”, Khan pointed out.

Mayor Khan warned that if there is no “certainty from the government over funding now”, the planned early recruitment of 600 new police officers will never see the light of day.

“I am therefore asking you for urgent support to protect our police from a new era of austerity […] to provide funding to make up for lost expenditure to stop the inevitable knock-on impact on police funding”, Khan wrote.

In this vein, The Guardian cited an unnamed Home Office spokesperson as saying that the government was cooperating with police forces on the matter and that “this year we have given policing its biggest funding boost in a decade – an increase of up to £1.1 billion [$1.3 billion] compared to last year” to help police “meet financial pressures”.

“We have already recruited 3,005 of the additional 20,000 police officers and have no plans to slow down as having more officers on our streets is now more important than ever”, the spokesperson emphasised.

The remarks followed several Home Office and police officials reportedly asserting in February that at least 50,000 rather than 20,000 officers should be recruited because many policemen ostensibly plan to leave the service.

The government is currently under pressure to clarify if they plan to earmark extra funding for the coronavirus lockdown-hit police amid reports that the lockdown cost police forces about £100 million ($124 million) between March and June.