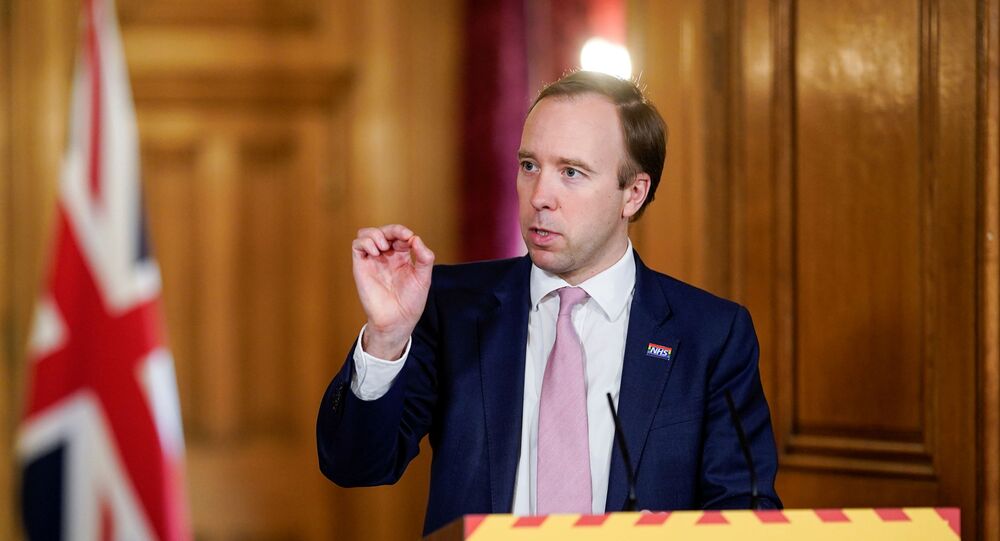 With Brits becoming increasingly frustrated at not being able to get a haircut, the Health Secretary’s latest announcement will provide the sound of relief for some. However, as he also made clear, nothing is certain yet.

In an interview with Sky News’ Sophie Ridge on Sunday, Mr Hancock said that while he could not issue any certainties, based on the current trajectory of lower infection rates, “we are on plan” to further ease the lockdown from July 4.

Mr Hancock said, “We are on plan. We’ll of course be setting out more details of that plan. In the plan it states that on around July 4th we will take further measures if it’s safe to do so.”

When asked about what those next steps could be, Mr Hancock added that:

“We talk about hospitality and outdoor hospitality in that plan but there are a whole series of other services especially where you need to be physically close to someone to carry it out like a haircut - a lot of the country does need a haircut, and we need to do that in a safe way. It’s about both what safely can be reopened, but also how we do that in a way that minimises greater transmission.”

“We're clearly on track for that plan because of the number of cases coming down and the plan does refer to hospitality and some of the other things that are closed that so many people want to see open,” Hancock added.

He insisted throughout the Sky News interview that the government has a “clear plan for how we get out of the worst parts of lockdown safely.”

The development comes on the heels of reports that holidays within the UK could be allowed, also from July 4, in order to provide rejuvenation to the flagging economy.

While Boris Johnson’s government has yet to announce any final decisions, it is widely reported that officials are preparing to tell Brits that a whole range of hospitality venues and services, such as hotels, pubs, restaurants and hairdressers, could open again from the start of next month.

In another change to lockdown restrictions, it is widely expected that Boris Johnson will soon announce that the the two-metre social distancing rule will be reduced to one metre from next week.

On Friday, Britain’s coronavirus alert level was reduced for the first time since the start of the pandemic. Up until now, the threat level has rested at number 4 - meaning the transmission rate was considered to be “high or rising exponentially.” It has now been set at level 3, which means that it is considered to be “in general circulation” but that there is some room for “gradual relaxation of restrictions.”

The UK’s hospitality sector has voiced increasingly frustration over recent weeks because of what it says is a lack of clarity from the government on when services can reopen and how the sector will operate in the post-lockdown “new normal.”

Former Environment Minister Owen Paterson recently told The Daily Mail that, “to have any hope of saving this summer season for our tourist industry, the government must announce this week what the arrangements will be for reopening on July 4.”

“Ministers can’t leave our holiday parks, hotels and pubs in the dark any longer,” he added.

Furthermore, Patricia Yates, who runs Visit Britain - the official tourism website of the UK - said that, “we need to know what the plan is. The lack of government guidelines and that uncertainty around the date is causing a great deal of consternation within the industry.”

It has been estimated that losses in the tourism sector will be about £42 billion this year alone as a consequence of industry stagnation from the coronavirus.