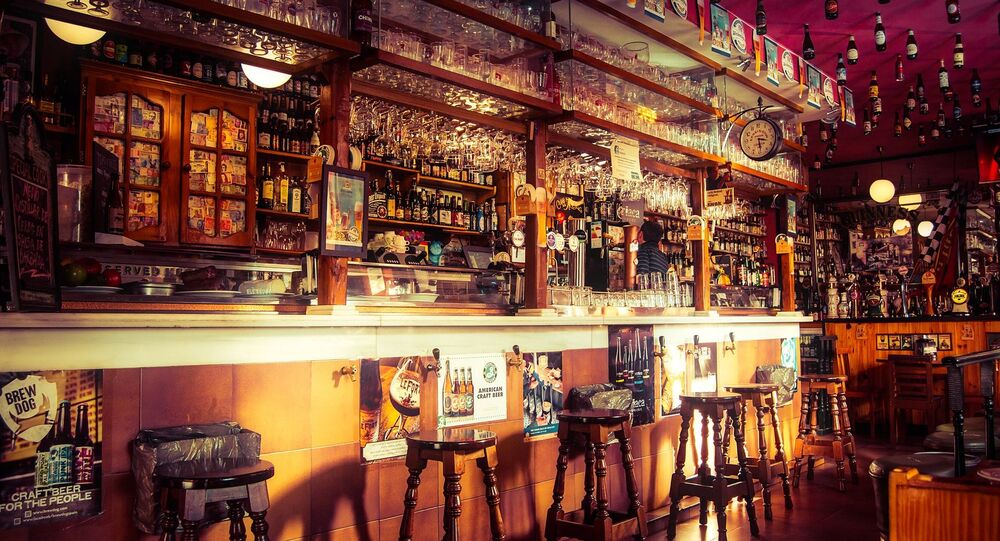 Fitness enthusiasts were left disappointed and frustrated with the latest announcement by the UK PM Boris Johnson, turning critical and

Johnson announced on Tuesday that the government will ease the lockdown restrictions on 4 July, when all pubs, restaurants and hairdressers will be allowed to open for business.

The list of facilities going back to normal operation, however, did not include gyms but rather only "outdoor gyms and playgrounds."

© REUTERS / Toby Melville
A man sprays disinfectant at a pub, as the spread of the coronavirus disease (COVID-19) continues, in London, Britain June 23, 2020

While pub goers in England were happy to hear the good news, fitness lovers were largely upset at the government’s decision.

A gym goer and a London secondary school teacher Nicky Nash spoke to Sputnik and said that while she was fine with gyms being closed a bit longer, they should have been opened at the same time as pubs, not later.

"The government gave into the pressure of people who like to drink. In gyms people can be active and get healthier. In pubs people drink and become less active and less healthy. It is a poor decision to open pubs later than gyms," Nicky suggests.

She argued that opening pubs first was counterproductive.

"It is like saying having a drink is more important than staying healthy," she adds.

Twitter also saw many users complain about the government’s decision.

It is more important to open indoor pubs in UK than gyms? Hundreds of thousands of people rely on gyms for their wellbeing and health!

they want to open pubs but not gyms 😔 pic.twitter.com/RrApLV54nt

pubs open before gyms, sums up our country

When the pubs are opening on the 4th of July but the gyms still aren't pic.twitter.com/lXcy7IgNZI

What is amazing about the UK
We reopen pubs where they directly contribute to crime , death , depression , domestic abuse, car accidentsand many more
They keep gyms close where It contribute to health in general, improves depression and metal wellbeing ,motivation, @piersmorgan