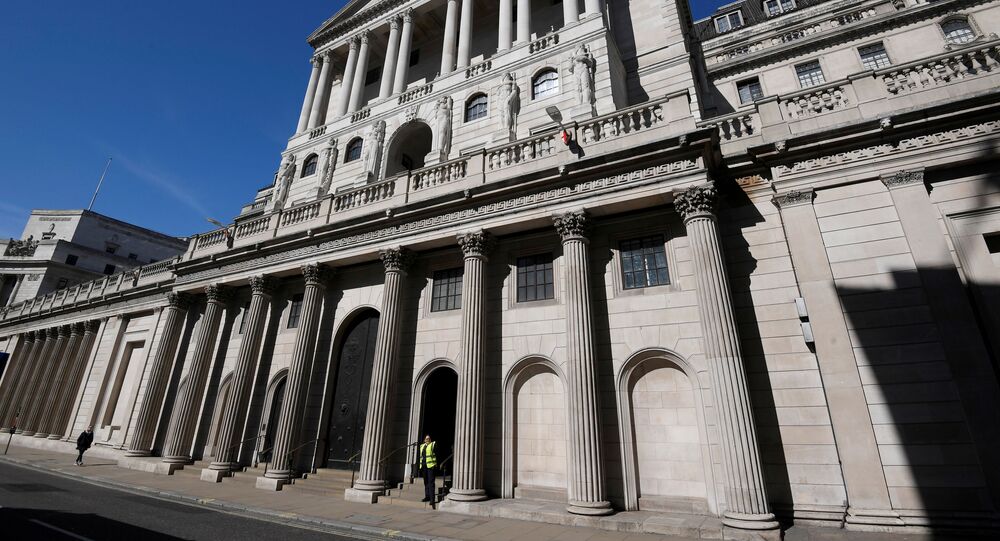 The Bank of England’s Governor Andrew Bailey revealed the true impact of the coronavirus pandemic stating that the government would have struggled to finance the running of the country without help from the bank. In April the UK’s GDP contracted by 20.4% and the economy is predicted to shrink by 14% this year.

The Bank of England’s intervention during the early stages of coronavirus lockdown helped save the country from “effective insolvency”, according to its Governor Andrew Bailey.

Speaking to Sky News’ podcast “The World Tomorrow”, Bailey said that if the bank hadn't stepped in during the market “meltdown” the UK government would have “struggled to fund itself” for the first time in history.

After the country’s GDP contracted by a record 20.4% in April, there have been warnings that the economy would shrink by 14% over the course of 2020.

Mr. Bailey, who started as governor as the crisis began warned that many British companies will not survive the current economic crisis, indicating that the economy will be left permanently damaged by the pandemic.

Bailey spoke about the early days of the economic crisis in which markets were in freefall and it had looked as though the government would not be able to sell its debt to private investors.

He warned that the market meltdown in March was more serious than the recession in 2009, which prompted banks to intervene.

The Bank of England has already provided a total of £300 billion this year so far, in an effort to maintain market liquidity, but the forecasts for the year ahead remain bleak.

The governor said: "We basically had a pretty near meltdown of some of the core financial markets.

"I think we would have a situation where in the worst element, the government would have struggled to fund itself in the short run."

In order to get the economy back on track, Bailey suggested that the Bank should start to cut back on its asset purchases before raising interest rates again.

“When the time comes to withdraw monetary stimulus, in my opinion it may be better to consider adjusting the level of reserves first without waiting to raise interest rates on a sustained basis,” he said.