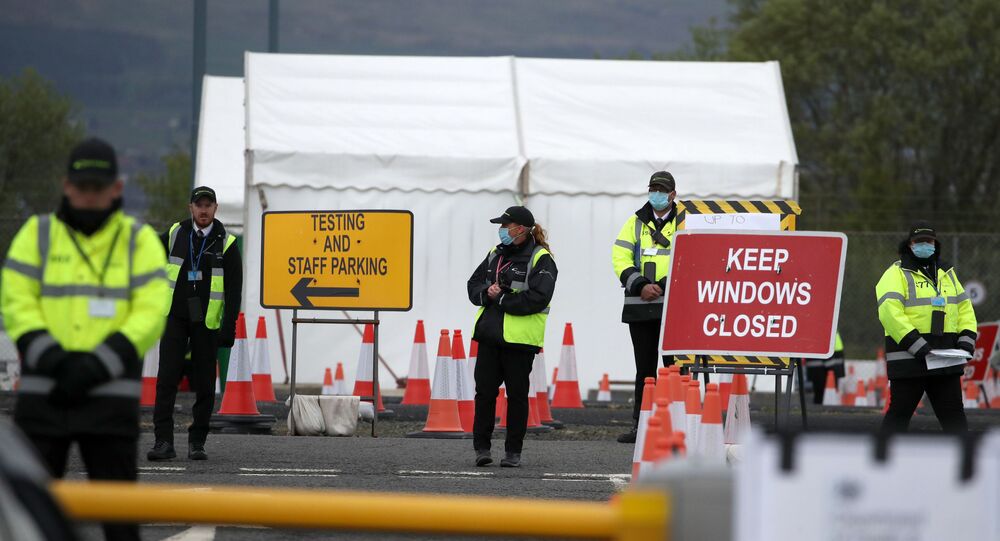 On Wednesday, the British government launched a National Health Service (NHS) programme capable of tracking the contacts of at least 10,000 people who tested positive for COVID-19.

The UK had to abandon test and tracing for the coronavirus earlier in mid-February because the country’s health system faced a significant shortage of capacity at the time, The Telegraph reports.

The newspaper referenced documents recently released by the government’s Scientific Advisory Group on Emergencies (SAGE) which indicate that routine testing and tracing of COVID-19-related contacts was stopped because Public Health England (PHE)’s systems were "struggling to deal with a handful of cases".

"Currently PHE can cope with five new cases a week (requiring isolation of 800 contacts). Modelling suggests this capacity could be increased to 50 new cases a week (8,000 contact isolations) but this assumption needs to be stress tested with PHE operational colleagues", SAGE advisors reportedly said during the group’s meeting on 18 February.

They concluded that "when there is sustained transmission in the UK, contact tracing will no longer be useful".

During the 20 February meeting, SAGE agreed that plans for abandoning contact tracing are "sensible", but added that the decision "will generate a public reaction which requires consideration with input from behavioural scientists", according to the papers.

The newly released documents come after the government announced earlier this week the launch of a National Health Service (NHS) programme which will make it possible to track the contacts of 10,000 people who tested positive for coronavirus.

Speaking at a Downing Street briefing on Wednesday, Health and Social Care Secretary Matt Hancock touted the new programme as something that “will help us keep this virus under control while carefully and safely lifting the lockdown nationally”.

“NHS Test and Trace will be vital to stopping the spread of the virus. It is how we will be able to protect our friends and family from infection, and protect our NHS”, he added.

The remarks followed Prime Minister Boris Johnson vowing earlier in May that the UK will conduct at least 200,000 coronavirus tests a day by the end of the month and “then go even higher”.

The British government, however, has yet to deliver on Hancock’s previous pledge that the country will conduct at least 100,000 daily COVID-19 tests.

The UK is currently taking steps to ease the coronavirus lockdown announced on 23 March. The country is expected to enter a second phase of easing the stay-at-home restrictions by 1 June.

As of Saturday, the number of confirmed coronavirus cases in Britain had increased to 271,226, with 38,161 fatalities, according to the World Health Organisation’s latest situation report.