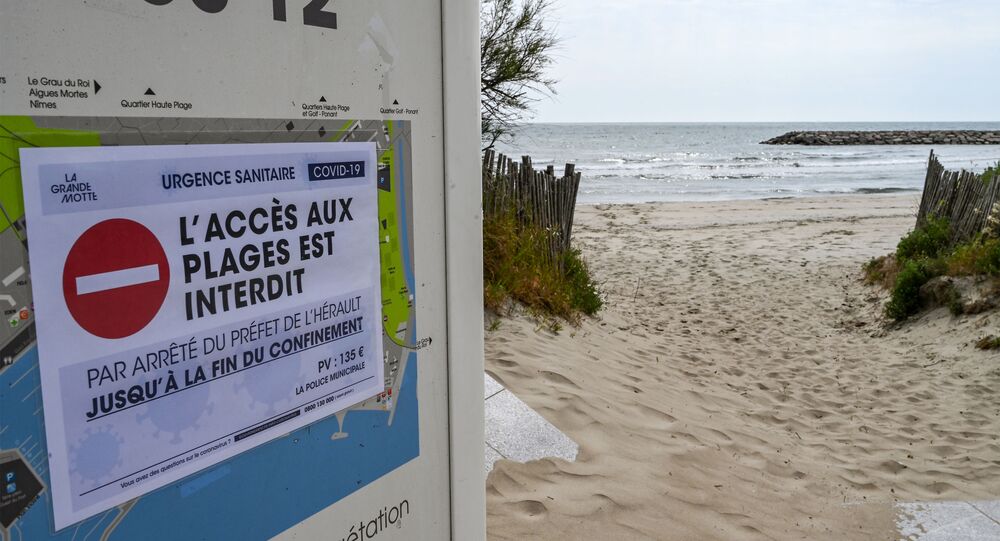 Health Secretary Matt Hancock says it is "likely to be the case" that Britons will not be able to go on holiday abroad this summer. Last week German-owned TUI said it planned to “reinvent the holiday” for 2020.

Ryanair is planning to start flying again in July but Health Secretary Matt Hancock said last week: "It is unlikely that big, lavish international holidays are going to be possible for this summer."

Thomas Cook, a British travel company which dated back to the 19th century, went bust last year with the loss of thousands of jobs.

Hurting my own feelings imagining that moment on holiday where you've spent the day walking and swimming, you're tired and your skin is hot. You've just washed the salt out of your hair in the shower and sat down with a bowl of salty snacks and a cold beer in the low evening sun

​Jessica Court, CEO of Cult Travel, said: "TUI, just like Thomas Cook, is a household name that everyone in the UK knows and loves. But despite their reputation, they've failed to adapt to the booking revolution.”

She said: "TUI is now waking up to the realisation that people are happy to shop around for cheaper flights and hotels, while being flexible on their travel times. While this doesn't spell the end for the 'package holiday', it does suggest the end is nigh for the way travel operators conduct their business."

Affluent Britons are already targeting winter holidays in destinations like Dubai and Mexico, she said.

Spain’s Transport Minister, Jose Luis Abalos, said on Monday, 18 May, the country planned to reopen borders at the end of June, meaning that hotels on the Costa del Sol, Majorca, Ibiza and Tenerife might be open during the holiday season.

He told broadcaster TVE: "As soon as we Spaniards can travel to other provinces, foreigners will be able to come to Spain. From late June, we'll start the tourism activity, I hope.”

​But Ms Court said: "Until the travel restrictions are lifted, both in the UK and abroad, I strongly believe staycations could be the way to go. Whether it's glamping in the countryside or a hotel stay…people are going to be making the most of what they can do in the UK until travel abroad is allowed again."

In the 1970s, 80s and right up until the late 1990s the vast majority of British tourists would use a high street travel agent - Thomas Cook, Thomson, Lunn Poly or, at the luxury end Kuoni- to book package holidays to fly to places like Spain, Portugal, Greece or Cyprus.

A staycation guide to the UK. pic.twitter.com/NvHM1qT6g9

​But the advent of the internet and the rise of websites like Expedia, Lastminute and Booking.com removed the mystique of travel and allowed people to book their own flights and hotels without the need for glossy brochures or travel agents.

Ms Court said: “There is an increasing number of people booking holidays from their phones and laptops, which means brick and mortar stores are being phased out of use. What this means is creating digital platforms that are easy for everyone to use in order to bring consumers up with the 21st century.”

The COVID-19 has highlighted the weaknesses of companies like TUI and she said firms which cannot adapt to the 21st century marketplace will die off like the dinosaurs.

"Flexibility and digitalisation are key for the travel industry to thrive in the future. By offering easy access holiday deals, with flexible dates to suit them, it's likely the travel industry will see a stronger success, once coronavirus becomes a thing of the past," concluded Ms Court.