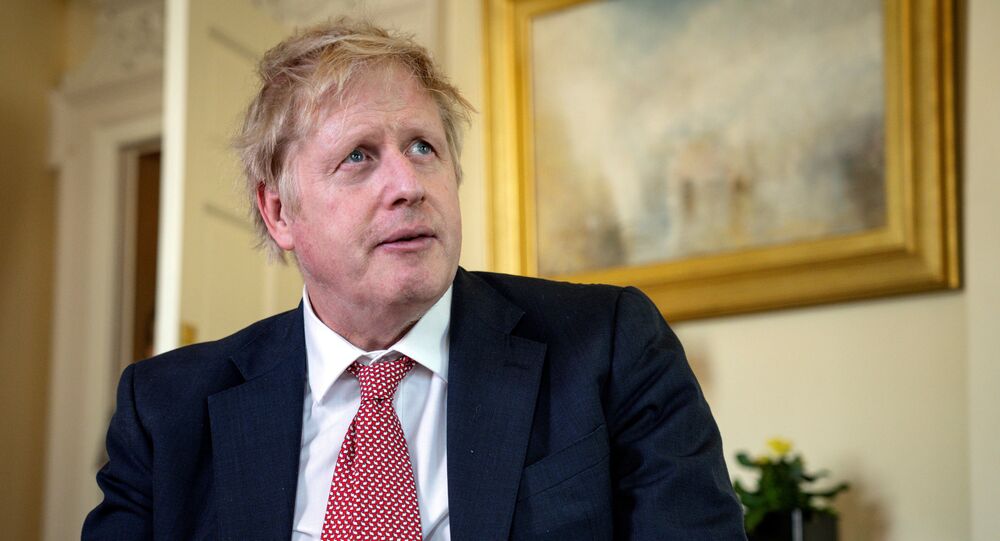 Boris Johnson’s sluggish response to the COVID-19 outbreak has been under harsh scrutiny in recent weeks as the UK’s death toll climbs to 15,000, ranking it number five in terms of global coronavirus body count.

UK Prime Minister Boris Johnson has been accused of “sleepwalking” into the Coronavirus crisis in damning new revelations reported by The Sunday Times.

Reportedly, back in February and March Johnson missed five crucial emergency Cobra meetings aimed at devising ways to lessen the impact of the disease on Britain.

According to the reports, which are based on the testimony of government whistleblowers and scientific government advisers, there was complacency in Boris Johnson’s cabinet toward making the necessary early commitments to stopping the spread of COVID-19.

The UK government’s national crisis committee was first brought together to discuss Coronavirus on 24 January, by which point the disease had already infected six countries. Boris Johnson however, is alleged to have skipped that meeting and later on attended Chinese New Year celebrations. Around the same time, UK Health Secretary, Matthew Hancock, informed the public that the risk of Coronavirus making its way to the UK was “low.”

By the time Mr Johnson appeared at his first Cobra meeting to discuss the virus on 3 March, after missing five such meetings, more than 40 Brits had tested positive for COVID-19.

The result of Johnson’s behaviour, according to The Times, is that the UK lost “a crucial five weeks in the fight to tackle the dangerous threat of coronavirus.” A senior Downing Street adviser, who spoke on condition of anonymity, told The Times that, “there’s no way you’re at war if your PM [Prime Minister] isn’t there.”

The whistleblowers also took aim at Mr Johnson’s apparently relaxed attitude toward the virus, pointing in particular at his decision to spend two weeks in January at his mansion with his fiancée Carrie Symonds.

“What you learn about Boris was he didn’t chair any meetings. He liked his country breaks. He didn’t work weekends,” the adviser revealed.

“It was like working for an old-fashioned chief executive in a local authority 20 years ago. There was a real sense that he didn't do urgent crisis planning. It was exactly like people feared he would be,” the adviser added.

The report also reveals that the UK’s last emergency rehearsal for a pandemic - codenamed Cygnus - was in 2016, and recommendations from that exercise to address the lack of personal protective equipment (PPE) for medical staff and the need for more ventilators were ignored.

The report says that following the pandemic exercise, the government became “Brexit-obsessed” and that as a result long-term planning for pandemic scenarios had been sidelined in favour of planning for a no-deal Brexit scenario. Brexit fixation, according to one anonymous government whistleblower, “sucked all the blood out of pandemic planning.”

Moreover, it was revealed in the report that despite “little progress” being made in obtaining emergency masks and gowns for healthcare workers, the UK sent 279,000 PPE objects to China in February.

A Downing Street spokesman has been widely quoted as rejecting The Sunday Times report, saying: “our response has ensured that the NHS [National Health Service] has been given all the support it needs to ensure everyone requiring treatment has received it, as well as providing protection to businesses and reassurance to workers.

“The prime minister has been at the helm of the response to this, providing leadership during this hugely challenging period for the whole nation.”

Furthermore, Cabinet Office minister and Johnson ally Michael Gove told Sky News' Sophy Ridge on Sunday that The Times had been "off beam" in its reporting.

"The idea that the Prime Minister skipped meetings that were vital to our response to the Coronavirus, I think is grotesque," said Mr Gove.

The report comes as 84 tonnes of crucially needed PPE items, including 400,000 surgical gowns, are expected to arrive in the UK from Turkey on Sunday.

Sir Keir Starmer, the leader of the opposition Labour Party, has also zeroed in on Mr Johnson for criticism.

“We need to make sure these mistakes are not repeated,” Sir Keir added.