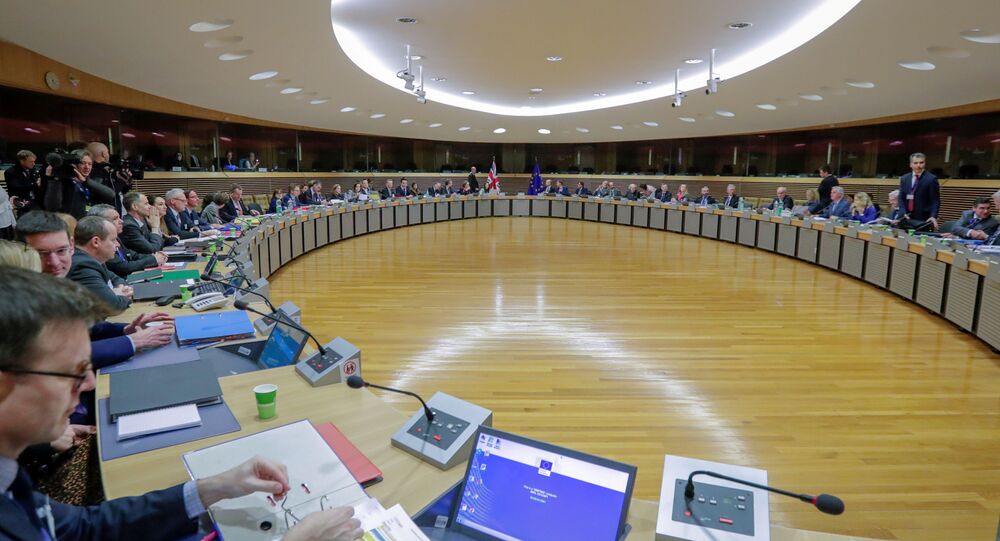 Though UK Prime Minister Boris Johnson is sticking to his plans regarding the post-Brexit transition period deadline and the country’s future relations with the EU, there is a speculation inside the European Commission that the transition period might be delayed beyond its current 31 December 2020 deadline

EU officials described UK Prime Minister Boris Johnson's plan to make a trade deal with the EU by the end of the Brexit transition period in December as a “fantasy land”, The Guardian reported on Wednesday, citing a source.

The report comes as an allegedly leaked letter from Germany's ambassador to the EU, Michael Clauss, to his country’s political leadership indicated that the postponement of the Brexit transition period deadline is unavoidable due to challenges facing the bloc amid the ongoing coronavirus pandemic.

The coronavirus crisis has resulted in the bloc’s inability to carry out work as usual, as the EU Council headquarters are able to hold one video conference only per day due to a lack of facilities. This fact reportedly reduced the work capacity down to 25%, according to The Guardian.

The letter suggested that the EU would need to put aside a number of key matters unrelated to the rebuilding process after the pandemic.

Germany is scheduled to take over the rolling EU presidency from Croatia on 1 July, meaning that Berlin is going to be in charge of the bloc’s key issues, including Brexit.

“From now on, the focus will be on the ability of the European institutions to act, crisis management, exit and reconstruction – possibly maintaining the EU integration itself. The success of our presidency will be measured against this,” Clauss wrote in the letter, according to the Guardian, citing German magazine Der Spiegel.

The diplomat reportedly said that a range of major issues would “inevitably be overlaid or completely receded” as the EU’s capability to act will “remain broadly limited until further notice”.

However, the UK has the ability to agree with the EU on extending the transition period up to one or two years, but Johnson’s government is committed not to delay the deadline.

“We remain fully committed to the negotiations and as we have been clear, discussions with the commission are continuing, with the aim of reaching an agreement by the end of the year. The transition period ends on 31 December 2020, as enshrined in EU law, which the Prime Minister has made clear he has no intention of changing,” a UK government spokesperson said, quoted by The Guardian.

Who Now Has Authority to Press UK’s Trident Button in Event of Nuclear Attack?

Only Cats Belonging to Self-Isolating Owners Should Be Kept Indoors, Say UK Vets