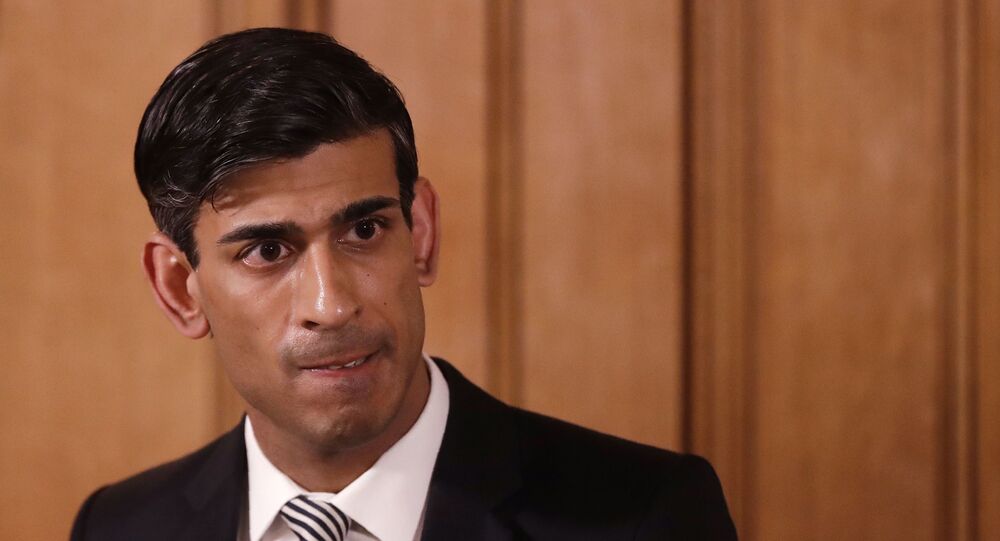 Since registering its first coronavirus (COVID-19) case on 1 February, the United Kingdom has been struggling with the rapid spread of the novel virus that has prompted the shutting down all businesses across the country in a bid to contain the outbreak.

UK Chancellor of the Exchequer Rishi Sunak, during a cabinet discussion on easing lockdown restrictions amid the ongoing COVID-19 outbreak, has said that country’s gross domestic product (GDP) is expected to fall between 25 to 30 percent between April and June, according to Reuters.

According to the report, ten unnamed members of the UK cabinet called for easing the coronavirus restrictions by May.

“It's important that we don't end up doing more damage with the lockdown. We're looking at another three weeks of lockdown and then we can start to ease it", one of the ministers reportedly said.

On 3 April, UK Health Secretary Matt Hancock said that the COVID-19 outbreak in the United Kingdom is expected to reach its peak by mid-April.

Britain's economy suffered a slight decline in GDP even before the beginning of the coronavirus outbreak due to business activities in the country slowing down following the UK’s departure from the European Union, per The Guardian.

As the UK is due to publish updated debt issuance plans on April 23, some economists expect the country’s economy might see its biggest downturn in over a century, while projecting the budget deficit this year to be the highest since the Second World War, according to Reuters.

As of Sunday, the United Kingdom has confirmed more than 85,000 COVID-19 cases, including over 10,600 fatalities because of the disease, according to the Johns Hopkins University coronavirus dashboard.