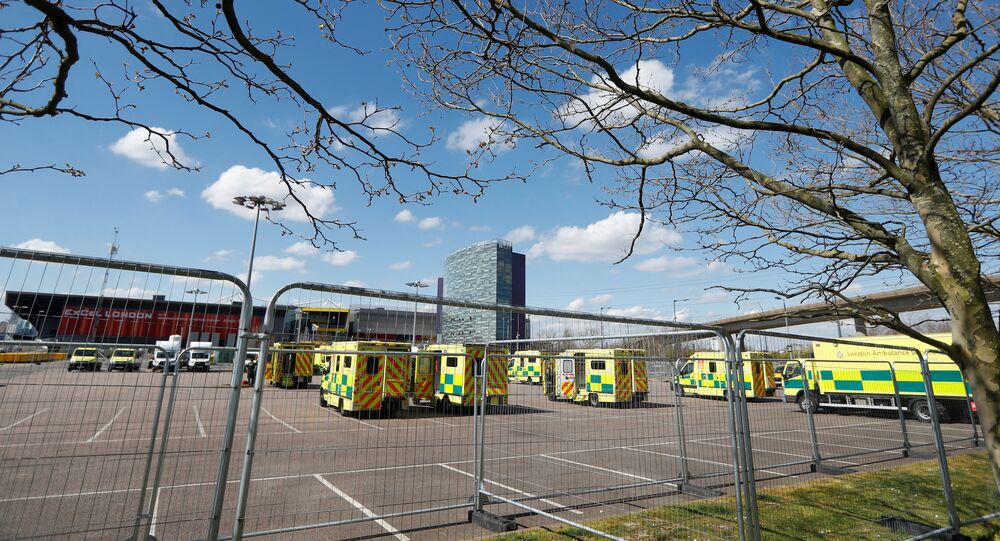 LONDON (Sputnik) - The COVID-19 death toll in the United Kingdom has surpassed 4,900 after the Department of Health and Social Care on Sunday announced that 621 more people have lost their lives after contracting the disease.

According to the UK government’s daily statistical bulletin, the death toll as of 17:00 GMT on Saturday stood at 4,934.

The latest figures suggest a drop in the daily increase to the death toll, as the government announced in Saturday’s bulletin that 708 people had died in the 24-hour period up to 17:00 GMT on Friday.

The total number of COVID-19 cases confirmed in the UK now stands at 47,806, the government stated.

© REUTERS / KAI PFAFFENBACH
UK Warns Against 'Damaging Protectionism' After US Accused of 'Hijacking' Masks Meant for Europe
Earlier in the day, the UK government warned that stricter lockdown measures could be implemented following reports that thousands of citizens took to the country’s parks on Saturday. Currently, the government allows citizens to leave their residences for exercise once a day.

Several leading government officials, such as Prime Minister Boris Johnson and Health Secretary Matt Hancock have tested positive for COVID-19. Johnson remains in self-isolation after announcing his diagnosis on March 27, after stating on Friday that he is still displaying symptoms of the disease.