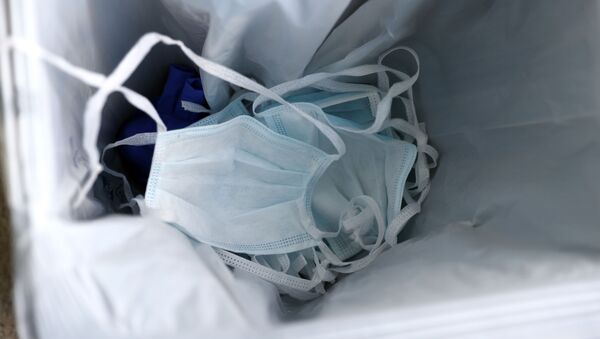 Protective masks intended for German police officers were intercepted and diverted to the United States, the newspaper Der Tagesspiegel reported on Friday, citing Berlin security sources, with the White House dismissing the reports as "completely wrong".

UK Prime Minister Boris Johnson and Foreign Secretary Dominic Raab have issued a warning to G20 countries against resorting to “damaging protectionism” in the global struggle against the spreading COVID-19 coronavirus pandemic.

Writing for the Sunday Telegraph, Dominic Raab insisted that “teamwork” on the part of the global community is the way forward, as he said that together with Prime Minister Boris Johnson and Trade Secretary Liz Truss they have been urging world leaders to keep international trade routes open.

“It’s a team effort, and a national mission, to defeat an international pandemic", said Raab. 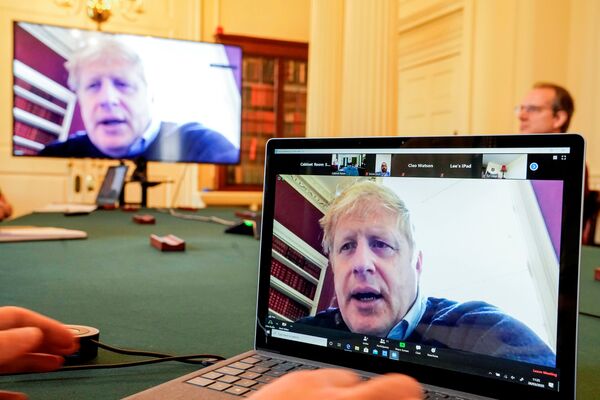 While revealing plans to increase testing to 100,000 per day by the end of April, he said the Foreign and Commonwealth Office (FCO) and across government were reaching out internationally while tapping domestic suppliers of ventilators and protective medical equipment.

“300 ventilators were delivered from China, with many more to come. On Friday, a shipment of millions of gowns, facemasks, eye protection, sanitiser, and gloves arrived", said the First Secretary of State.

As he reported on the government’s efforts to return as many British travellers as possible amidst closing airports and local authorities restricting movement, he applauded moves to forge an international coalition to find a vaccine, revealing that the UK was contributing £250 million to the Coalition for Epidemic Preparedness Innovations (CEPI), a global alliance working to develop a vaccine.

“Teamwork is essential to beating coronavirus. The Prime Minister is determined to unite the country behind the national mission at home, and bring countries together abroad - so we rise to a global challenge that threatens us all", concluded the Foreign Secretary.

Statements by UK officials came amidst reports of Germany accusing the US of “modern day piracy” as protective face masks destined for Berlin were allegedly intercepted at a Thailand airport and diverted to the US.

A shipment of 200,000 FFP2 and FFP3 masks had been produced at a Chinese factory belonging to an American manufacturer - the company 3M. 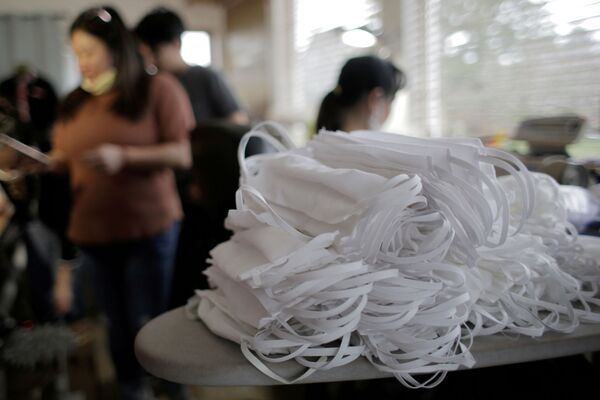 According to reports, 400,000 masks had been ordered by the German government in total, with part of the delivery - 200,000 - to be sent to healthcare workers in Berlin from Bangkok Airport. The masks never arrived, as German officials alleged the shipment was intercepted at Bangkok Airport and instead flown to the US.

“We consider that an act of modern piracy… You don't treat your transatlantic partners like that", German Interior Minister Andreas Geisel was quoted as saying in the Financial Times.

The US company 3M has denied the reports, insisting it has “no record of any order of respirators from China for the Berlin police”.
Sources quoted by Der Tagesspiegel insisted the masks have arrived in the US.

The reports of masks being “whisked away” emerged as the spat between Donald Trump and the US firm 3M gathered steam, with US President Trump directing the heads of the Homeland Security Department and Federal Emergency Management Agency to use their authority under the 1950 Defence Production Act to acquire the “appropriate” number of N95 respirators from 3M and its affiliates, reported ABC News.

The president followed up with a tweet on Thursday night aimed at the Minnesota-based manufacturer.

​3M pushed back on 3 April against criticism from Trump, saying it has been producing as many masks as possible for the US “over the last several weeks and months".

The manufacurer was also reported as saying the administration had asked it to stop exporting medical-grade masks to Canada and Latin America, raising “significant humanitarian implications”.

There has not been an official White House comment on the company’s statement about limiting exports.

Earlier in the week, two French officials claimed the US had paid three times the going rate in cash to obtain a shipment of face masks from China meant initially for France.

The order of several million masks had been due to arrive in the Grand Est region of northwest France.

Jean Rottner, president of the GrandEst regional council, told RTL radio that US buyers had turned up on the tarmac offering cash.
The US has denied the allegations.

France has ordered 1 billion face masks due to be delivered within the next 14 weeks and has deployed an air-bridge flight with China to deliver them amid the ongoing COVID-19 pandemic.

In Washington, a senior administration official was quoted by AFP on Thursday as rejecting all allegations from French politicians, calling the stories “completely false".

Canadian Prime Minister Justin Trudeau also weighed in on the “concerning” reports that masks were being diverted from his country at a press conference on 2 April, tasking officials to follow up on them. The move comes as Ottawa acknowledged that its stockpiles of protective medical equipment were insufficient to meet demand amid the pandemic. 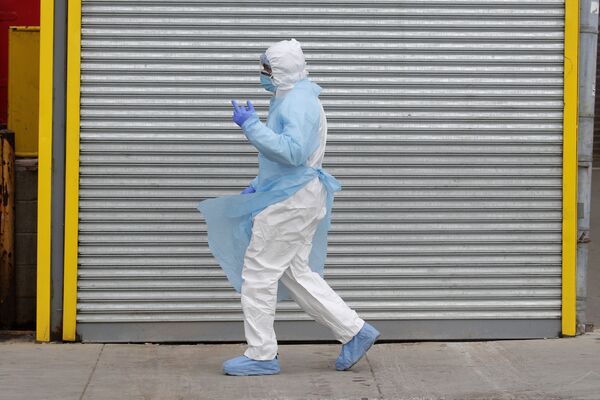 The US currently has the largest number of registered COVID-19 cases - over 312, 100 – as the death toll has grown to 8,400, according to Johns Hopkins University.