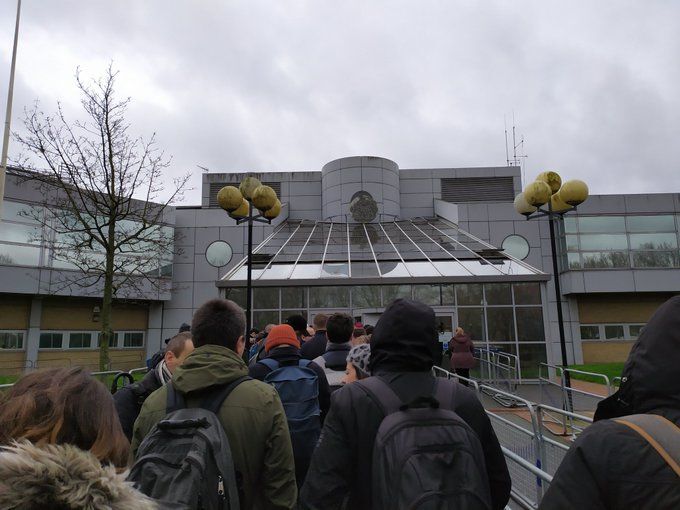 The US government outlined its case against Julian Assange, on the morning of 24 February, as part of the extradition proceedings which will determine whether the WikiLeaks publisher will face trial in the US. Assange is sought for his role in publishing classified US documents which revealed war crimes by US-led forces in Iraq and Afghanistan.

Julian Assange is responsible for putting the lives and well-being of US government sources at "grave and imminent risk", it was claimed today by barrister James Lewis QC on behalf of the US government.

Lewis was speaking at the WikiLeaks publisher's extradition hearing on 24 February during the first day of the substantive extradition hearings, which will determine whether Assange will stand trial in the US on espionage charges. The case is being held at Belmarsh Magistrate's Court, sitting at Woolwich Crown Court and is being heard by Judge Vanessa Baraitser.

Lewis said that the charges against Assange are split into two parts:

By dong this, it is alleged that Assange exposed "informants and dissident" in Iran and Afghanistan who have given information to the US.

BREAKING: UK/US GOVERNMENT CLAIM ASSANGE IS BEING PURSUED FOR RISKING OR PUBLISHING NAMES OF SOURCES PUTTING THEM AT RISK. "#JULIANASSANGE IS NO JOURNALIST" HE'S NOT CHARGED WITH PUBLISHING EMBARRISING OR AWKWARD INFO@SputnikInt pic.twitter.com/9Qgt8DYPEu

​Lewis contended that Assange is in fact not a journalist and that he did not engage in legitimate journalistic activity.

"What Mr Assange seeks to defend by free speech... is the publication of names of sources", Lewis said, adding that "this is not a course which those newspapers partnered with WikiLeaks took".

The government argued that Assange was not being targeted by the US for revealing war crimes or embarrassing material.

Lewis also sought to establish that the crimes for which Assange is alleged to have committed are also offences in the UK. He quoted the UK Official Secrets Act 1911 which, it should be noted, is designed to target spies and not publishers, the way the Official Secrets Act 1984 does. Neither the UK official secrets acts nor the Computer Misuse Act 1990 have a "public interest defence," Lewis reminded the court.

Speaking for the prosecution, Lewis also sought to remind the court that, "This is an extradition hearing, it is not a trial, guilt or innocence is to be determined at trial in the US".

Don't Extradite Assange (DEA) campaign pushed back against the governments arguments in a statement which they released when the court broke for lunch at 1pm.

"No physical harm has occurred to a single individual as a result of documents published by Wikileaks. That's the startling admission made by the US government at the beginning of the Assange extradition trial.  All that the US government QC, James Lewis, could muster was that there might be a 'risk' of harm...but no actual harm occurred", DEA said.

DEA continued saying that the prosecution is attempting to bolster its "flimsy claim" by arguing WikiLeaks's material was "read by enemies" of the US.

"Yet this could be true of any story critical of government, and certainly true of any material revealed by a whistleblower" DEA pointed out. The transparency and news organisation points out that WikiLeaks exposed "not the 'risk' of harm but the actually maiming and killing of innocent citizens".

The hearings will continue until 28 February, they will then break until May 2020 when they are due to resume for a further three weeks. Assange faces up to 175 years in prison if he is convicted of all 18 charges on the US indictment against him.