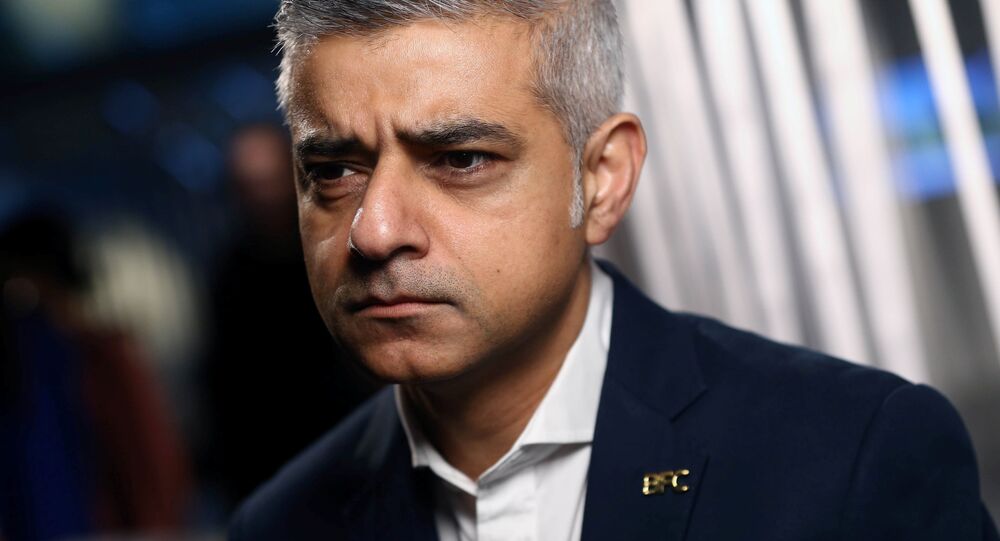 What Is The Point Of Sadiq Khan? Chief Remainer Faces Battle To Retain London Mayor’s Job In May

Sadiq Khan is up for re-election as Mayor of London in May. The Conservatives are putting up a black candidate - Shaun Bailey - for the first time and former Tory minister Rory Stewart is also running as an independent. So what are Khan's chances of winning and how would it reflect on the Labour Party if he lost?

The Mayor of London, Sadiq Khan, said earlier this week Londoners should receive associate citizenship of the European Union in the wake of Brexit.

Khan later travelled to Brussels for talks with the EU’s chief Brexit negotiator Michel Barnier and David Sassoli, President of the European Parliament.

London Mayor @SadiqKhan is in Brussels grandstanding with EU again over Brexit. he should be in London trying to resolve the knife and drug crime epidemic on his doorstep

"There would be support from millions of Londoners and British nationals who are devastated they are losing their rights as EU Citizens. As the UK and EU start their next phase of negotiations, I want this issue of associate citizenship to be at the heart of talks about our future relationship," Khan said in a statement.

London is the greatest city in the world, but right now, Londoners aren't sharing in the success of our city.

Crime is out of control.
Transport has got worse yet more expensive.
Housing is not affordable.
I know that because my story is London's story.#MakeLondonSafe pic.twitter.com/YHb9n7efb6

​But although six out of ten Londoners voted to remain in the EU at the 2016 referendum, Khan’s stance is unlikely to help him when it comes to the mayoral election on 7 May.

Many residents of the capital care far more about knife crime, terrorism, transport and housing and on many of these Khan’s record has been patchy to say the least.

Biggest lesson from #KipWithMe is just how little is being done on affordable housing in London. We can deliver housing that is genuinely affordable - linked to salaries - on the Mayor’s TFL public land. And as Mayor I would get on with it. We can do this: https://t.co/7g1znByXZG pic.twitter.com/mwsVt04D8n

​On his campaign website Khan lists his achievements - freezing Tube and bus fares for four years in a row, introducing a Hopper bus fare, launching the Night Tube on a number of underground lines and bringing in the Ultra Low Emission Zone (ULEZ) to combat air pollution.

On 7 May, Londoners can elect a new Mayor for London.
We all love London but too many things are not working; knife crime, rough sleeping, air pollution.
My vision for a safer, greener, kinder London gives voters a real choice. #BackBenita https://t.co/bp2eJ4PLI8

​But he has less than three months to convince voters to give him another four years in office and there is as yet no sign of any campaign pledges which Labour Party activists can offer to people on the doorstep.

The only promise he has made - to push ahead with the £1 billion Silvertown Tunnel in east London - has led to him being heavily criticised by climate change campaigners.

Khan’s predecessor was the Conservative Boris Johnson, who is now Prime Minister.

​Khan, who had been Labour MP for Tooting since 2005, defeated Zac Goldsmith, who was criticised for running allegedly Islamophobic slurs against Khan, whose parents emigrated to the UK from Pakistan.

Since his election he has had several clashes on social media with US President Donald Trump and various alt-right commentators who see him as a soft liberal who has allowed knife-wielding gangs to run amok and has failed to keep a lid on Islamist terrorists who continue to perpetrate terrifying attacks - like at London Bridge in November and in Streatham earlier this month.

Khan’s main challenge in May is expected to come from the Conservative candidate, Shaun Bailey, who says on his website: “The current Mayor is failing Londoners. As a youth worker I saw how politics has failed so many of the city’s young people. Crime levels are continuing to soar in London and the Mayor is standing by idly. Enough is enough. I’m tired of waiting for a Mayor who never acts. If the Mayor won’t act, then I will.”

Bailey says he will slash the Greater London Authority’s staff budget by £19 million and scrap London and Partners, which he calls Khan’s “superfluous personal PR agency”, saving another £13 million.

FACT: London now has more electric buses than any other European city.
The number 94 is our latest route to go electric, with:
✅ Zero emissions
✅ Quieter journeys
✅ Free USB charging points

​He says he would spend the saved money on recruiting another 1,850 new police officers to patrol the streets and arrest and convict knife criminals and murderers.

Bailey has said he will scrap the ULEZ - which he describes as a “suburban driving tax” and has promised to introduce driverless trains on the London Underground “so that hard working Londoners are no longer at the mercy of militant unions.”

There are several other candidates in the running.

Former Tory government minister Rory Stewart, who stood down as MP for Penrith in Cumbria in December, is running as a maverick independent.

If only Sadiq Khan had positive & productive meetings with grieving parents who have lost their sons due to knife crime as well. https://t.co/iuJVGa3mX9

​The Liberal Democrat candidate is Siobhan Benita and the Greens have put up Siân Berry.

The founder and owner of one of London’s biggest plumbing firms, Charlie Mullins, announced plans to run for Mayor in 2018 but it is not clear if he will actually be a candidate.

That could well be an election year and if Keir Starmer wins the Labour Party leadership election, he might well decide he wants Khan in his future Cabinet so it is likely that he will be given a safe seat - possibly Islington North or Hayes & Harlington if Jeremy Corbyn or John McDonnell decide to retire.