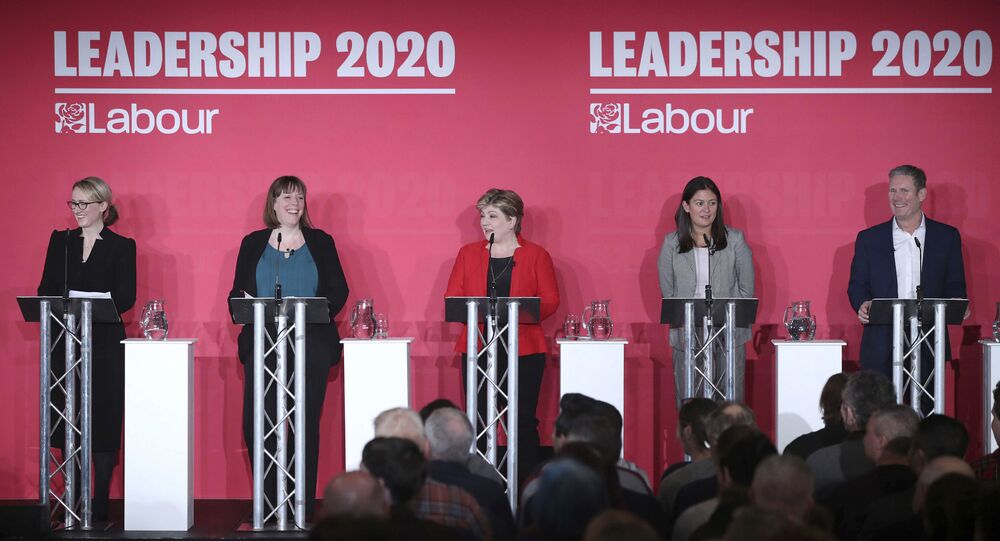 The four contenders for the Labour party leadership have been pitching local constituency Labour parties (CLPs) in the hope of receiving sufficient nominations to make through it to the final round of voting.

Emily Thornberry has been eliminated from the Labour leadership contest after failing to secure sufficient nominations, leaving just three candidates in the race.

The Shadow Foreign Secretary fell short of the required 33 pledges needed to make it onto the final ballot of party members.

She said it was a "shame" that she had not gone through but thanked her team who had been ‘operating on a shoestring.’

Thornberry paid tribute to Labour supporters who she said were preparing to fight back against the Conservatives.

"It was on their behalf that I stood for the leadership, because I’ve always believed we are at our best when – from the dispatch box to the doorstep – we are one, united fighting force, taking on the Tories and standing up for the communities we represent", she said.

She received 31 nominations from local constituency parties – two short of the 33 required to move forward.

Likewise, she failed to amass support from Labour Party affiliates, which is the other way of getting onto the ballot paper.

Sir Keir Starmer, Rebecca Long-Bailey and Lisa Nandy, have all obtained the nominations they needed.

Thornberry, the MP for Islington South had struggled throughout the contest to maintain support, scraping through the first round of nominations from Labour MPs and MEPs with 23 votes, just one more than required.

The Labour leadership contest kicked off after the Labour Party's defeat in the December 2019 election and the announcement by Jeremy Corbyn that he would stand down as leader.

The final results are set to be revealed on 4 April and will determine the direction of the Party. The apparent front-runner, Sir Keir Starmer, has pledged to unify all factions while Rebecca Long-Bailey has pinned her campaign as the Corbyn continuity candidate.

One of the reasons for Labour's defeat has been blamed on their adoption of a second referendum on Brexit, which alienated much of the party's core supporters in areas like Bolsover and Hartlepool, which voted to leave the European Union, a policy which was strongly opposed by Emily Thornberry.