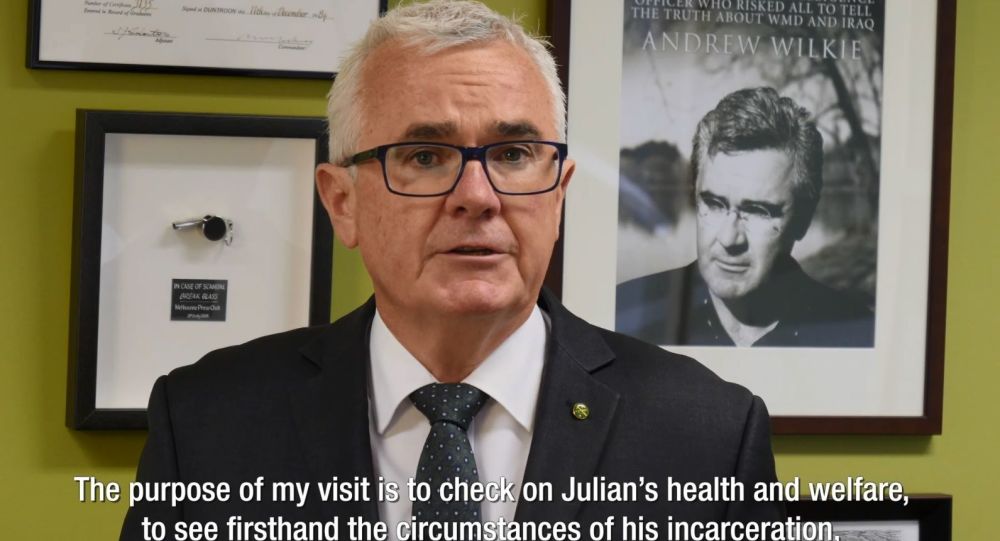 Pressure on Australian politicians to speak out in the case of Julian Assange continues to build following the surprise intervention by ex-Prime Minister Kevin Rudd who called the US prosecution against the WikiLeaks publisher "unacceptable" and "disproportionate".

Australian MP Andrew Wilkie announced that he intends to visit WikiLeaks publisher Julian Assange in Belmarsh prison and “lobby for his release” in the coming days. The visit will be paid for by the MP himself and is scheduled to happen the weekend of 15/16 February 2020, according to a video released via social media on 11 February.

“The purpose of my visit is to check on Julian’s health and welfare, to see first hand the circumstances of his incarceration, and to reassure Julian that although he doesn’t have the support of the Australian government, he certainly does have the support of a great many people right around the world, especially in Australia”, Willkie says in the video.

​Wilkie, a member of the Australian House of Representatives for Clark, Tasmania, says that the “substantive matter” regarding Assange’s case is that he “reported on and published information in the public interest, and in particular evidence of US war crimes”.

The lawmaker, who served as an infantry officer for over 20 years, and later worked as an intelligence analyst with Australia's Office of National Assessments (ONA), resigned from his position with the ONA in 2003, over the Australian government’s support for the US-led war on Iraq.

On the same evening as Wilkie’s announcement Australian senator Peter Wish-Wilson called on his government to “intervene to bring Julian home” on the basis that “journalism is not a crime”, during a parliamentary session.

​The statements by both MPs represents the latest voices from Australian politicians to speak out on Assange’s case. In November 2019 Former Prime Minister Kevin Rudd called the prosecution of Assange “unacceptable” and “disproportionate”.

The publisher, editor and journalist, who recently won the Garry Web Freedom of the Press Award, faces up to 175 years in prison in the US. The charges all relate to his role in the publication of documents revealing alleged war crimes committed by the US military.