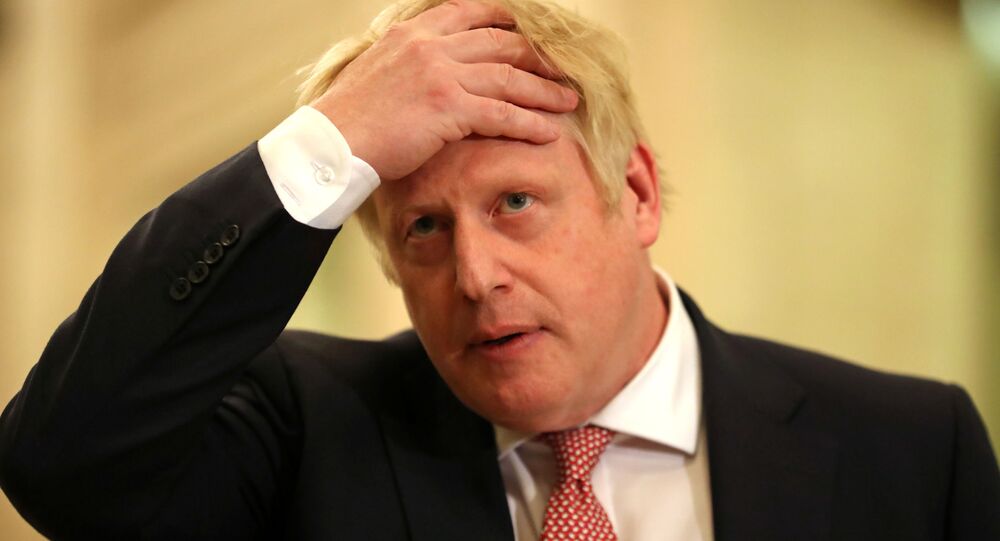 British Prime Minister Boris Johnson is considered an outspoken advocate of infrastructure projects and, when he was mayor of London, he even promoted a grand one – the "garden bridge" over the River Thames. It was later scrapped, however. Now he is looking at building a bridge from Scotland to Northern Ireland.

Prime Minister Boris Johnson has tasked officials with looking into the possibility of building a bridge between the mainland UK and Northern Ireland, whose ties have been strained amid Brexit, and report back to the head of the government, his spokesman stated.

"Work is underway looking into the idea of the bridge", he said, while emphasising that the work was at an early stage.

When the spokesman was asked about the prime minister’s record on the matter of major infrastructure projects, which includes the scrapped $69 million "garden bridge" over the River Thames that was pushed by former Mayor Johnson, he spoke about his boss’ ambitions.

"The prime minister is ambitious in terms of infrastructure projects. He is looking at a wide range of schemes across the United Kingdom which could boost connectivity", the spokesman said.

The idea of connecting Scotland and Northern Ireland over the North Channel and discussions surrounding it are not new. Talk about the matter was fuelled recently as relations between the mainland UK and the once restless region have been strained amid Britain's exit from the EU. The project has been backed by some pro-British politicians in Northern Ireland.

At the end of 2019, Ian Paisley of Northern Ireland's Democratic Unionist Party urged the prime minister to "build a Boris bridge" over concerns that Brexit’s trade arrangements could affect ties between the region and the rest of the UK. Responding during a debate in the House of Commons, Johnson branded it “a very interesting idea".

However, sceptics and critics point to the possible cost of the project – estimated at some 4.1 billion euros by the Centre for Cross Border Studies think tank in 2007 and could amount to at least 18 billion-24 billion euros now, according to some experts.

© AP Photo / Peter Morrison
Irish PM: Johnson's Proposed Bridge to Northern Ireland ‘Worth Examining’ but UK Has to Pay for It
The high cost is due to various complications, including windy conditions and the deep water in the North Channel, as well as munitions that were dumped on the sea bed there following World War II. Although the Channel is 19 kilometres across at its narrowest point, a longer bridge may be needed. Critics from Northern Ireland's Ulster Unionist Party have also pointed to existing infrastructure that needs funding, lambasting such ventures as "fantasy projects".
...
Reddit
Google+
Blogger
Pinterest
StumbleUpon
Telegram
WhatsApp
11