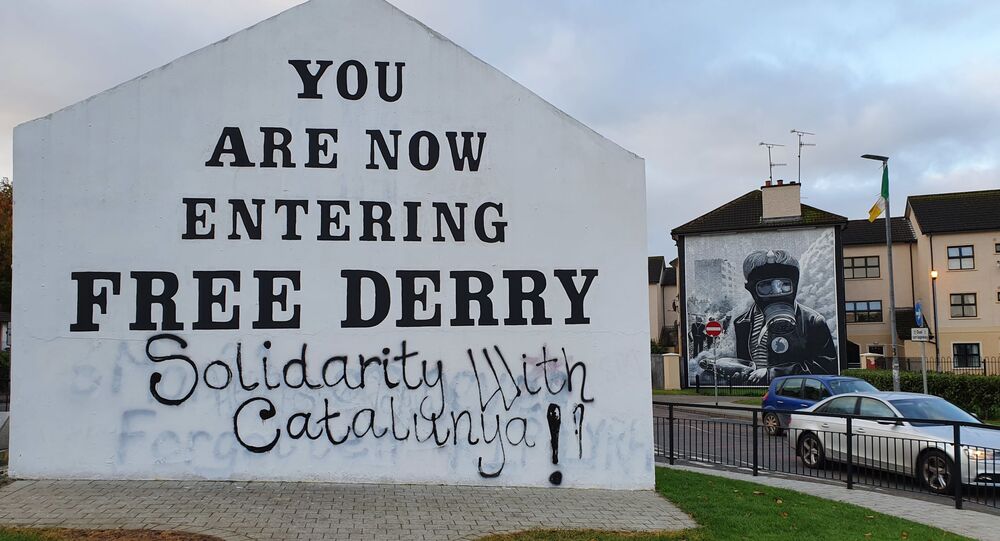 The UK Parliament has rejected an attempt by Prime Minister Boris Johnson to fast track his Brexit withdrawal bill in order to meet the 31 October deadline. Professor Colin Harvey, a law expert at Queen’s University in Belfast, says the British government is guilty of “constitutional neglect” of Northern Ireland.

European Union leaders are set to decide on Friday, 25 October, whether to grant Britain a three-month extension on Brexit. It comes as the opposition Labour Party offered an olive branch to Boris Johnson.

Labour’s Shadow Chancellor John McDonnell said on Thursday, 24 October: "We're in the process at the moment of trying to see whether or not this compromise we've offered to Boris Johnson will enable him to bring forward a proper programme motion".

So they are right now and should be heeded, but could just be ignored when they
1. Argued against Brexit
2. Argued for Theresa May's deal?

They have been speaking put for over 3 years and you ignore them. https://t.co/pOkHtIuyKk

​The political deadlock in Westminster echoes the stalemate in Stormont, where power sharing between the Democratic Unionist Party (DUP) and Sinn Fein broke down in 2017.

Colin Harvey, a professor of human rights law at Queen’s University in Belfast, said Brexit had exposed the fact the Good Friday Agreement had not been enshrined in British law and he said that was highlighted in the case of Emma DeSouza.

Professor Harvey said relations in Northern Ireland between the British government and the Irish nationalist community had been badly damaged since 2017 when the Conservatives formed a confidence and supply agreement with the DUP in order to give Theresa May a majority.

The Prime Minister has lost my respect. Instead of owning his decision to capitulate on Northern Ireland to get his deal through in a hurry, he is implying that none of us can read the detail. It creates a border in the Irish Sea and the @duponline will not support it. pic.twitter.com/2Now8POJD3

​He said the Tories were “far too closely aligned” with the DUP and it had damaged London’s role as a neutral referee, which had been the case since the Good Friday Agreement was signed in 1998.

Last week the DUP turned on the Conservatives after Boris Johnson’s latest Brexit deal proposed putting a customs border in the Irish Sea, threatening Ulster’s role within the British state.

​Paul Gosling, a financial journalist and author of A New Ireland, said part of the problem was the Conservative Party had no “institutional memory” of the Good Friday Agreement, which had been negotiated by a Labour government, and he said this had led to complacency and apathy towards Northern Ireland.

Prof. Harvey agreed and said: “The current British government has been utterly irresponsible in its management of the peace process. I would go so far as to say they have been constitutionally negligent. The lack of sensitivity has been staggering.” 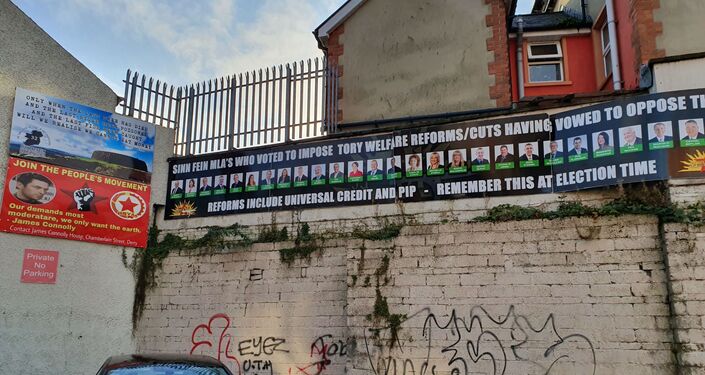 He said there had been lacklustre performances from a number of ministers appointed to the role of Northern Ireland Secretary, culminating in Karen Bradley who was sacked in July 2019.

She had admitted that before she took the job she had a very limited understanding of Northern Ireland and outraged Irish republicans when she said killings at the hands of the security forces during The Troubles were “not crimes.”

Prof. Harvey said: "It’s time for both the British and Irish governments to take a much more robust role. Both need to step up to the plate. The British government gives the feeling that it has left the building.”

In the medium to longer term, a united Ireland is likely be the consequence of the Good Friday Agreement and Brexit

No wonder Sinn Fein are happy to watch this from afar, and wait https://t.co/wDCwIO048u

Although he said it was unlikely Northern Ireland would return to the full blown violence of The Troubles - when 3,600 people were killed between 1969 and 1998 - there was a danger of the peace process unravelling.

Imagine we were all this conceited and given to such idiocy...

we'd all be Tories I suppose pic.twitter.com/8ihceuD4IC

​He said: "It remains a very divided society trying to emerge from conflict….we need to get back to the spirit of the Good Friday Agreement."

Prof. Harvey continued: "If Brexit does happen there will be a growing debate on this island about the reunification of Ireland."

Jeremy Corbyn backed and participated in the signing of the Good Friday Agreement.

​Prof. Harvey said the DUP did not speak for Northern Ireland, which voted to remain in the European Union.

He continued by stressing that although the DUP had clearly been “played” by Boris Johnson’s government he doubted it would damage their standing a great deal at a general election.

Prof. Harvey predicted the DUP might lose its South Belfast seat to the cross-community Alliance Party or the SDLP but would largely “hold their ground”, as would Sinn Fein.

He said: “The dynamics within the UK are going to be turbulent and it’s going to be an interesting few years. But we need to get back to making the Good Friday Agreement work.”