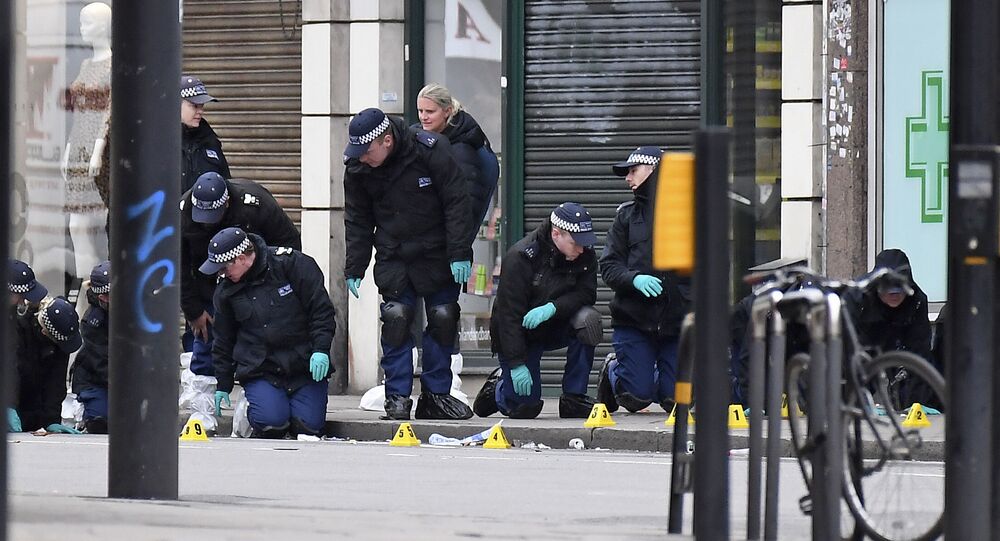 The news follows a terror-related stabbing attack in south London on Sunday and ahead of the release during the next few months due to automatic sentencing laws of around 20 prisoners jailed for terror offences. The convicts due for early release include a man who called for terror attacks against targets in the West and against Shia Muslims.

The UK government has expedited legislation aimed at blocking an inmate's release, citing fears he could commit repeat offences, following a deadly knife attack in south London on Sunday.

One of the terrorist inmates, Mohammed Zahir Khan, called for a "year of fear" while posting online that there was "nothing wrong with chopping off heads of your enemies", Sky News reported on Thursday.

Sunderland-based Khan, 42, was a shopkeeper arrested during Operation Seabee in May 2017, following comments made on Twitter and Facebook backing Daesh and supporting Islamic terrorism.

The convict had been arrested in 2014 for similar offences, namely hatred for Shi'a Muslims and Western countries, with courts later charging him for non-terrorist offences.

He wrote "death to Shias" on 4 December the same year, and tweeted a photo of a man holding a firearm titled "The Lone Mujahid [fighter]" later in the month.

A day after the post, he wrote: "NOTHING wrong with chopping off heads of your enemies".

Khan later tweeted in early January 2017 calling for the "year of fear".

"Welcome to the year of fear. IS will make this year the DEADLIEST EVER. Mr Kuffar [infidel] prepare for REAL WAR."

The new UK laws will be intorduced in Parliament next Tuesday, according to a government source cited by Sky News, with hopes that the legislation will be approved before Mr Khan's release on 27 February.

The bill may also prevent a further five offenders from being released by March if passed.

The news follows comments from Justice secretary Robert Buckland on Monday that the legislation would force offenders to serve two-thirds of their sentencing before being considered for release, pending evaluation by a panel of specialist psychologists and judges serving on the Parole Board.

He said at the time: "We cannot have the situation, as we saw tragically in yesterday’s case, where an offender – a known risk to innocent members of the public – is released early by automatic process of law, without any oversight by the Parole Board.

Mr Buckland added that the government would be "doing everything we can to protect the public" by introducing the emergency legislation to "ensure an end to terrorist offenders getting released automatically".

The legislation is set to be passed days after Sudesh Amman, 20, stabbed two passersby in Streatham whilst wearing a fake suicide belt on Sunday, resulting in one dead and one severely injured. He was shot dead by police.

Amman was under 24hr surveillance prior to the crimes and was jailed in December 2018 for possessing and distributing terrorist documents, but current lawe allowed his release after only serving half of his sentence.

Speaking on roughly 3,000 monitored suspects, Neil Basu, Metropolitan Police assistant commissioner, said in a statement that authorities "simply cannot watch all of them, all the time".

Tough New Rules: Why British Terror Convicts Were Released Half-Way Through Their Sentence

‘My Goal is to Be a Martyr’: What Do We Know About Sudesh Amman, the Streatham Attacker