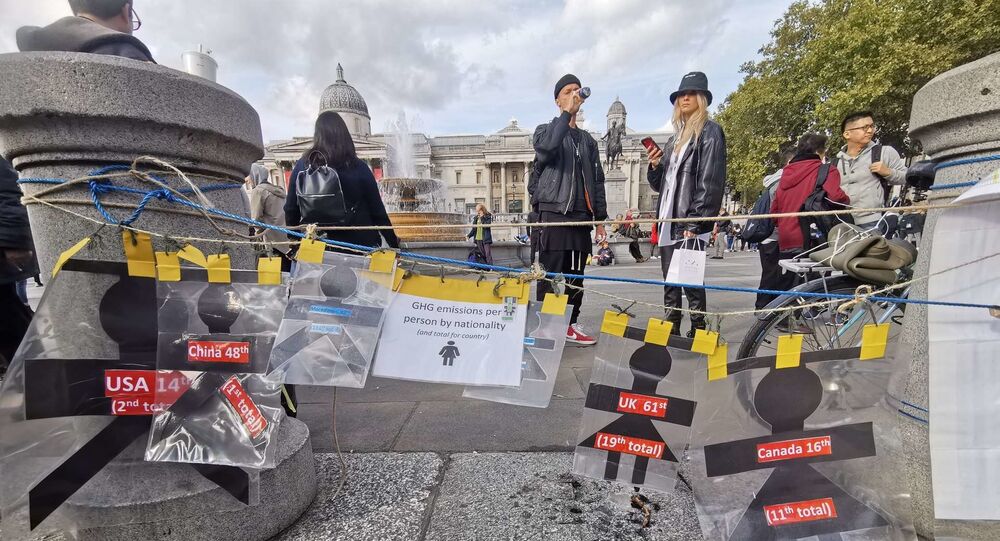 Boris Johnson to Phase Out Petrol, Diesel Vehicles Across UK by 2035 in Fight Against Climate Change

The announcement was made at a launch event for a major United Nations event set to take place in Glasgow later in the year.

UK prime minister Boris Johnson has moved forward bans on selling new petrol, diesel and hybrid cars across the UK to 2035, it was revealed on Tuesday.

The news comes as experts pressed the UK government to change the date from 2040, stating that it may be too late if the UK was to reach its zero emissions targets by 2050.

The British Prime Minister made the announcement during a launch event for the United Nations COP26 climate summit set to take place in Glasgow in November.

2020 would be a "defining year of climate action", the Prime Minister said at the event held at the London Science Museum, with Sir David Attenborough stating he found it "encouraging" that the UK would make the transition.

Sir Attenborough said: "It's up to us to put before the nations of the world what needs to be done. Now is the moment.

What's In The Prime Minister's Proposal?

Mr Johnson said that petrol, diesel and now hybrid cars would be banned for sale in the UK by 2035 or earlier. The ban would mandate electric or hydrogen vehicles after being implemented, and changes to the dates will be subject to consultations.

“Hosting COP26 is an important opportunity for the UK and nations across the globe to step up in the fight against climate change. As we set out our plans to hit our ambitious 2050 net zero target across this year, so we shall urge others to join us in pledging net zero emissions.

He added that there could be "no greater responsibility" than protecting the planet, which was a mission "a global Britain" would be proud to serve.

A "catastrophic addiction" to fossil fuels was "cloaking the planet like a tea cosy", Mr Johnson said.

The news comes just a day after Claire O'Neill was sacked by Johnson and removed from chairing the COP26 meeting, namely due to criticising government failings on climate change, according to sources cited by the BBC.

Europe's top climate campaign group said it welcomed an end to a "long-term role" for self charging and plug-in hybrids, adding that fuels such as biofuels and electrofuels would have "no long-term role" in road transport.

Greg Archer, T&E UK director, said that it was a "bold target" showing a serious commitment to "clean up the UK's cars and vans".

"The government must now quickly implement the regulations needed to make it happen by requiring carmakers to sell increasing numbers of zero-emission cars every year until the phase-out is complete. Clear rules, with dissuasive penalties for auto-companies, are the best way to ensure the target is reached.”

But he added that it would be "schizophrenic" to allow plug-in grants to end in March as the UK economy was taking off and that the grant should be "retained for one more year and reformed".

According to figures from T&E, sales of battery electric cars were expected to double in the year to 3 percent due to CO2 emissions regulations, with a second doubling in 2021 to 7 percent. The body also urged the UK government to reform plug-in grants of £3,500 for electric cars will are due to end in March, adding that in order to reach 2035 targets, the UK would need to reach sales of one-third of all new sales by 2025 and two-thirds by 2030.

According to the body, 98 percent of toxic air "hotspots" were caused by transport, which emitted 27 percent of total greenhouse gas emissions, excluding international aviation and freight shipping, with figures remaining unchanged since 1990.

Geopolitics, Technology and Climate Change: What to Expect from Day 3 of Davos Forum