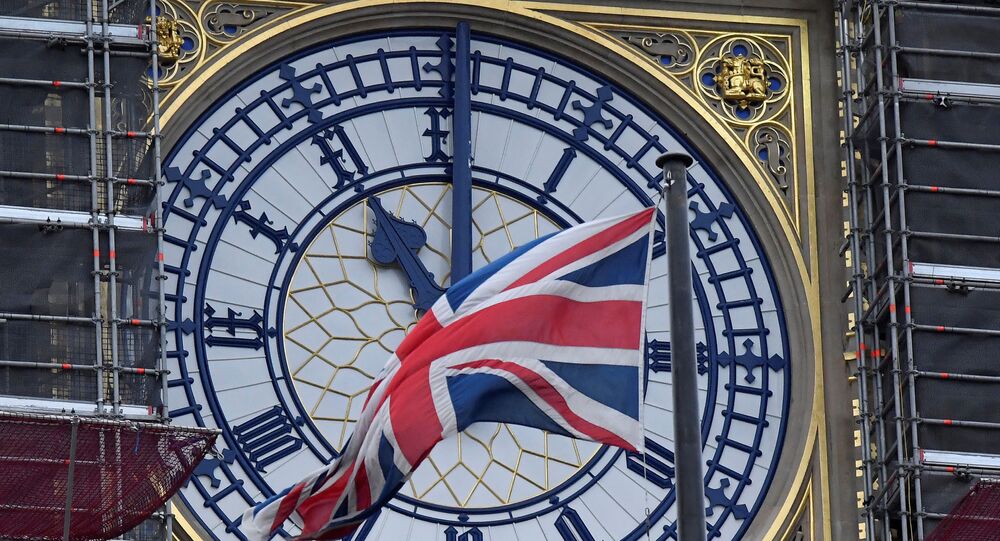 Britain is about to make Brexit a reality and leave the European Union on Friday, 31 January, entering an 11-month transition period fraught with contentious negotiations ahead of a 31 December deadline for reaching a free trade deal with Brussels.

Britain’s imminent departure from the European Union at 23:00 GMT on Friday, 31 January, features on a majority of the country’s front pages this morning as the newspapers echo a broad range of sentiments about the historic moment, ranging from “hailing the dawn of a new era” to the unhappiness and trepidation of those who voted to remain in the bloc.

​“A new dawn for Britain” is the headline that The Daily Mail has splashed across its front page, against the imposing picture of the white cliffs of Dover, which symbolically divide the country from the European continent.

The paper says the UK will remain a "friend of Europe, but free and independent once more".

​A less optimistic twist on the same theme is offered by The Guardian, as its front page pic features a small sandcastle with a union jack in front of the cliffs, with the headline saying: “Small island”.

It goes on to refer to Brexit as “the biggest gamble in a generation”.

​The Daily Express, which has long campaigned for the UK to leave the EU, trumpets "We did it!" as the headline, as the front page features an outline of the UK, tiled with the paper's previous Brexit-focused editions.
The outlet previews Boris Johnson's speech, saying that the PM will "herald a new era of renewal and change".

​For the i, the looming Brexit is perceived as “UK’s leap into the unknown”, as it went with a night time picture of Europe on its front page. The paper writes that questions regarding the UK's diplomatic and trading future remain "unresolved", as the Bank of England has cut its growth forecast for the UK economy.

The Sun, splashing out a whole £50 on prizes for its front page competition, is all you need to know about the mentality of #brexit celebrations... pic.twitter.com/w4i9ZHDPvB

​The Sun splashed a picture of Big Ben across the front page, with the headline “Our time has come”.

"Thirty years of resistance to the creeping danger of a European state," writes the paper, will end when Big Ben hits 23:00 GMT, and hails the "birth of a new Britain".

The publication adds that the UK's "course changes forever", "and for the better".

​The Times chose to focus on one of the imminent issues post-Brexit: hammering out a trade deal with the European Union. Its headline says “PM wants Canada-style trade deal with Brussels”.

The publication writes that the Prime Minister will seek a new UK-EU trade deal similar to the one agreed upon between the EU and Canada, yet cites three EU leaders as having revealed that the bloc will not go along with this unless the UK signs up to EU rules.

TELEGRAPH: This is not an end, but a beginning #TomorrowsPapersToday pic.twitter.com/hMGBuSDw5q

​The Daily Telegraph splashed a huge picture of Prime Minister Boris Johnson across its front page, with the headline reading “This is not an end, but a beginning”.

It also offers an eight-page Brexit supplement, and a large interview with Boris Johnson, who, the publication writes, will "hail the dawn of a new era" in his speech, beginning with a tax cut to give workers an "immediate Brexit bounce".

It also cites US Secretary of State Mike Pompeo having said that a "gold standard" trans-Atlantic trade agreement could be anticipated in the future.

​The Financial Times sums up the generally mixed sentiments on the occasion, as its headline reads: “Britain bows out of the EU with a mixture of optimism and regret”.

It goes on to say that as Brexit-supporters will rejoice in central London, there will be "profound sadness" for others.

Boris Johnson, writes the publication, will focus on Leave-voting regions, such as Sunderland, where he will hold a Cabinet meeting later.

Striking front page for tomorrow's @heraldscotland and a great package inside looking ahead to Brexit Day and back at 47 years of history and partnership. Plus the latest on the coronavirus emergency. Make sure you #buyapaper #tomorrowspaperstoday pic.twitter.com/JFgvfUKIo5

​North of the border, in Scotland, The Scotsman’s headline says “Farewell, not goodbye”, as the National writes “Leave a light on for Scotland” and The Herald says “Hello, Goodbye”.

After 47 years in the European Union, Britain is finally leaving the bloc after a protracted Brexit saga that followed the EU referendum on 23 June 2016.

At the time, a majority of those who voted chose to leave the European Union, with 51.9 percent of the vote, versus 48.1 percent voting to remain.