In August, Russia sent a humanitarian convoy under the auspices of the Red Cross to crisis-hit eastern Ukraine. The convoy that consisted of 227 trucks carrying about 2,000 tons of humanitarian aid arrived at the Russian-Ukrainian border on August 14 but entered Ukraine a week later, as Kiev had been postponing its final approval for the trucks to go ahead and intoducing numerous requirements. On August 23 several dozens of trucks finally reached Luhansk and then immediately returned to Russia. 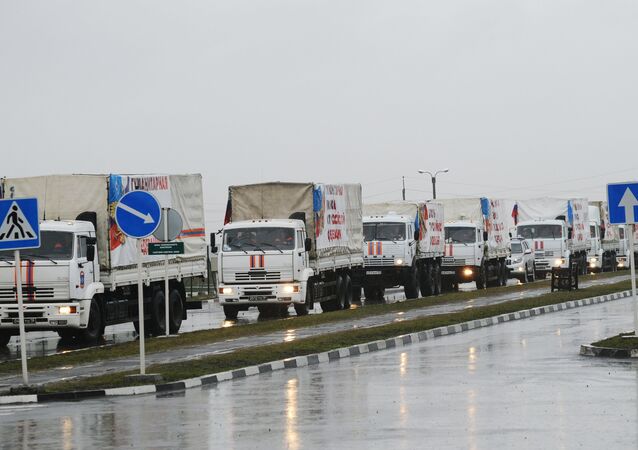