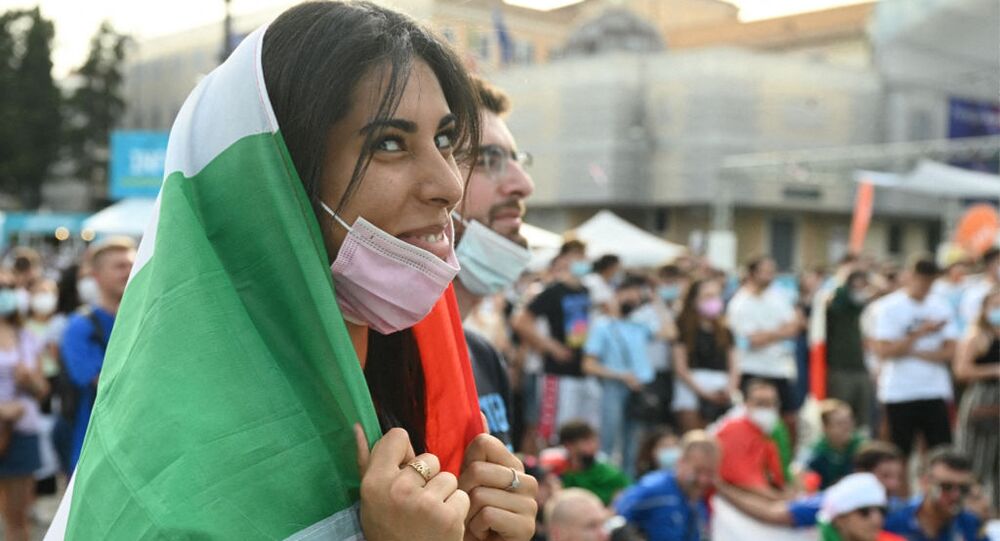 Along with 60,000 lucky fans at Wembley, millions across England and Italy will be glued to the final on television, while gathering at pubs and other places.

Sputnik is live from Rome, Italy and London, England, where supporters of both teams are getting ready for the Euro 2020 final games, which are set to begin at 20:00 local time on 11 July at Wembley Stadium.

Wembley will host nearly 60,000 fans for the final, which is the biggest crowd at a British football stadium since the start of the COVID-19 pandemic. At the same time, the UK authorities have warned local fans against large gatherings ahead of the final amid the risks of the highly transmissible Delta strain of coronavirus.

Gareth Southgate's boys booked their first final since winning the World Cup in 1966 by beating Denmark on 7 July, and are now hoping to win the country's first European Championship. Meanwhile, four-time world champions Italy last won the European Championship in 1968, losing their previous two finals in 2002 and 2012.