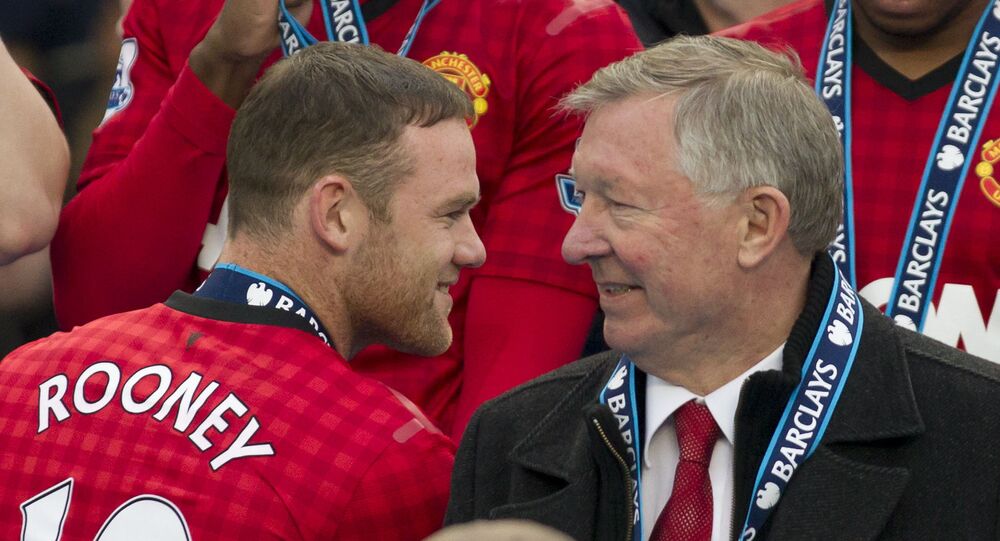 'He's the Last Guy Who Should Take a Drink': Sir Alex on Rooney

Newly released diaries written by Alastair Campbell reveal how hard it was for "Fergie" to deal with Rooney, who was, in Campbell's description of a conversation with Ferguson, "p***ing off the other players by trying to take control".

"We chatted about Rooney. He sounded a bit down about him. The papers had been full of Rooney and prostitutes. I said, 'What are you going to do about him?' He replied, 'What can I do? He is also the last guy who should take a drink'", an excerpt from the diary reads.

The conversation Campbell writes about took place in 2010 amid Rooney's hooker sex scandal that reportedly involved a £1,000-a-night prostitute while his wife Coleen was pregnant with their first child.

© REUTERS / Action Images/Peter Cziborra
'Shrek?' Wayne Rooney's Arrest Mugshot Drives Netizens Wild
The footie star is also no stranger to drinking-related controversies. In 2019, Rooney was arrested for being drunk and disorderly at a Washington airport after landing from a flight from Saudi Arabia. Following the incident, he reportedly quit drinking alcohol in order to save his marriage with Coleen.

Wayne Rooney is Manchester United's all-time leading scorer, with 253 goals and 559 appearances during his 13 years at Old Trafford. Ferguson was appointed manager of Manchester United in November 1986. Having spent 26 years of his career in Manchester, he won 13 top-flight Premier League titles as a manager, five FA cups and two Champions League titles.