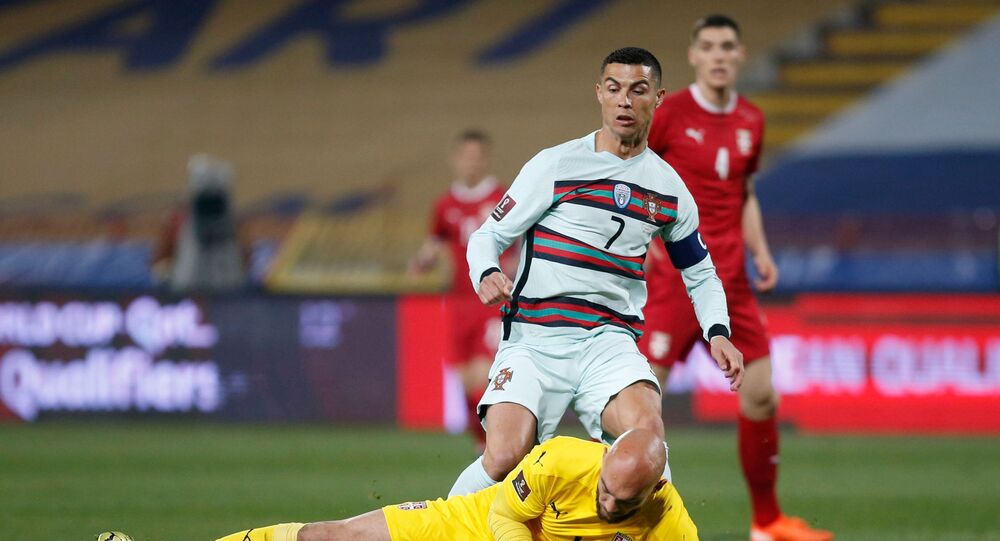 The International Football Association Board wrote the video assistant referee into the football rules, and FIFA officially approved VAR use for the 2018 FIFA World Cup.

UEFA has blamed the absence of video assistant referee (VAR) technology during FIFA World Cup qualifiers on the coronavirus pandemic after Portugal was denied a stoppage-time winner on Saturday, infuriating Cristiano Ronaldo.

Television replays show how Serbia defender Stefan Mitrovic in a 2022 World Cup Group A qualifier cleared the ball after it had crossed into the goal. But with no goal-line technology or VAR, the goal was not given.

Ronaldo ripped off his armband in response to the call, tossed it onto the field, and stormed off. The match ended in a 2-2 home draw for Serbia.

Ronaldo took to Instagram after the match to express his anger over the situation.

“… there are difficult times to deal with, especially when we feel that an entire nation is being harmed,” the Portugal captain wrote.

UEFA said it intended to use VAR in the World Cup qualifiers but decided it was too complicated to do so. VAR relies on a multiple-angle live feed from matches received by a couple of video assistant referees who have a direct connection to the referee.

UEFA also stated that VAR was not in use in the UEFA Nations League group stage in the autumn of 2020 and therefore has never been used in UEFA national team qualifying group stage matches.