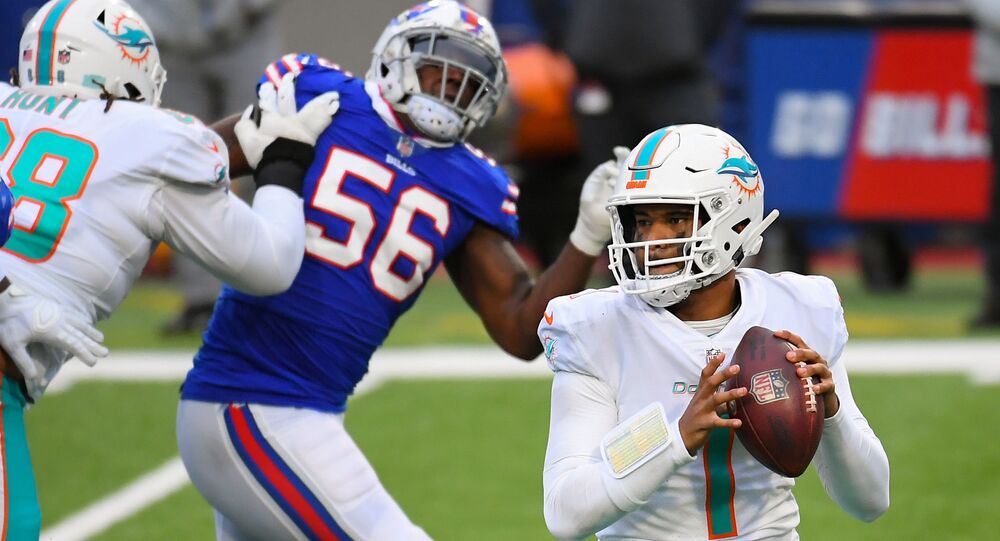 The news comes after the US football hopeful was previously arrested for driving under the influence (DUI) in September last year and suspended on 5 December for violating team rules, forcing him to join just one game during the Titan's season, US media reported this week.

Wilson's car crashed and he along with a female suspect were later arrested by an ICE officer, police reports revealed.

Wilson, 22, was charged with “felony fleeing or attempting to elude a police officer, speeding in a construction zone, reckless driving, reckless conduct, possession of less than 1 ounce of marijuana, and possession and use of drug-related objects,” namely after police imposed further charges after finding a metal grinder with marijuana in his vehicle.​

Pixabay/CC0
Professional Sports Teams Reportedly Form Coalition Backing Legalized Sports Betting in Texas
The news comes after Wilson was traded from the Tennessee Titans to the Miami Dolphins on 17 March, but he quickly fell out with team members after refusing "efforts to help him get his life on track", the Miami Herald reported.

The 350 lb linemen was supported by the Dolphins but reversed their decision after three days, according to NFL Network Insider Ian Rapoport.

The five-star recruit played 24 of 25 games with the Georgia Bulldogs and was ranked second in 2019, allowing the star player to enter the NFL draft just two years his collegiate eligibility period.

The Dolphins finished the season 10-6 despite the decision to reject Wilson. NFL Network's Tom Pelissero reported that Wilson was not committed to continuing his career and refused to attend two voluntary workouts or a team physical. Betting odds for the Dolphins will not be affected, according to analysts, and the team will have sufficient players in future draft picks.

Florida Authorities Propose Relocating Summer Olympics From Tokyo to US