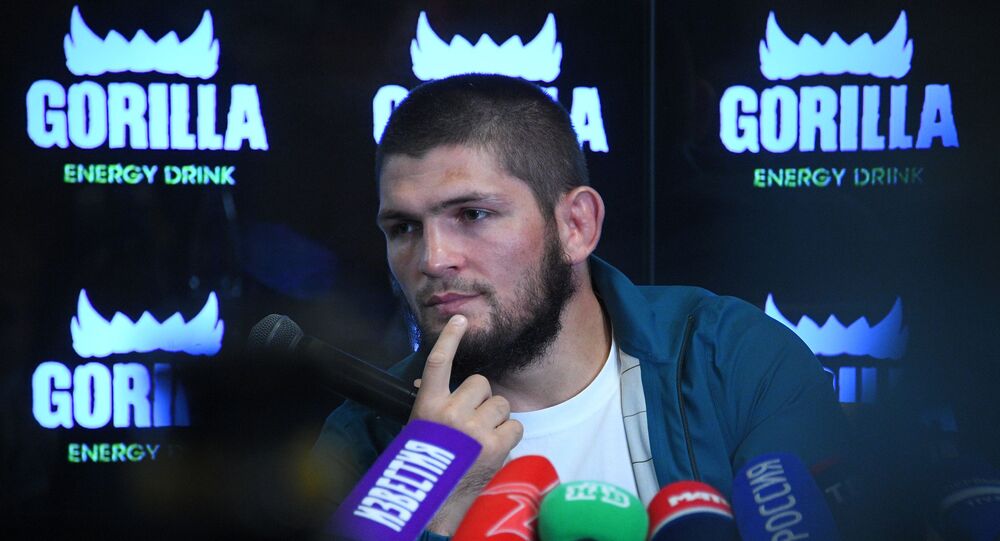 Earlier in October, Russian fighter Khabib Nurmagomedov surprised UFC fans around the world, having announced the end of his career in the octagon after his win in a fight with Justin Gaethje at UFC 254.

UFC honcho Dana White announced on Saturday that Khabib Nurmagomedov may be considering a comeback to the octagon after the outcome of the fight between Conor McGregor and Dustin Poirier, scheduled for next week, is known.

"His words to me were 'I'm gonna watch this fight... [] Show me something spectacular and make me want to come back and fight'", White said, referring to the outtakes from his private meeting with the Russian undefeated lightweight champion in Abu Dhabi.

The contest between McGregor and Poirier is set to conclude the UFC 257 branded event on Saturday.

The Russian champion might be the one to decide what is at stake, as, if Khabib returns after the fight, the winner might likely be his future opponent.

Should he stay retired, his title may become a trophy of that Saturday night.

The #UFC257 stakes have been raised! 👀@DanaWhite gives us an update on @TeamKhabib's fighting status. pic.twitter.com/FFC2GNeIUY

​Khabib announced his shocking resignation from the UFC in October 2020 after he defeated Justin Gaethje, citing a promise he made to his mother after his father and trainer, Abdulmanap, died due to health complications brought about in the coronavirus pandemic.