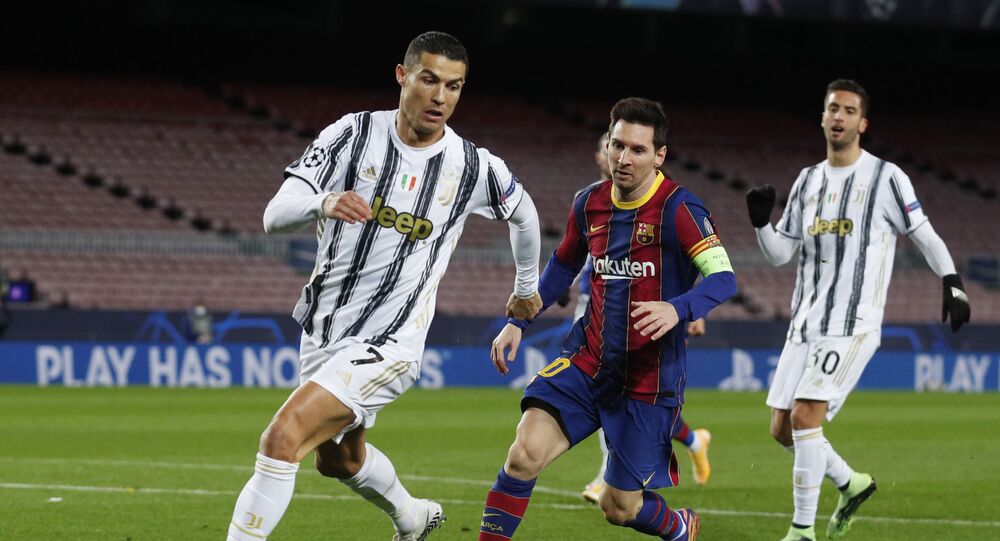 Portugal national team and Juventus star Cristiano Ronaldo has scooped the Golden Foot 2020, an award that his 'nemesis' Lionel Messi has yet to win.

The fact that the 35-year-old Portuguese became the winner of the award became known on 1 December, but the award was presented to him only on Sunday.

Upon receiving the award, Ronaldo took to Twitter to say how humbled and honoured he was to be "immortalised" together with some of the greatest football legends.

I am honored to win the @goldenfootofficial and to be immortalised on the Champion Promenade in Monaco, together with some of the greatest football legends of all time! I am truly humbled and want to thank the fans all over the world for having voted for me #goldenfoot2020 pic.twitter.com/HEWgjDUxgV

The award is presented to players who have made significant contributions to the development of football, as voted by fans around the world.

Moreover, for the first time, the Golden Foot was presented to Juventus President Andrea Agnelli for his career achievements.