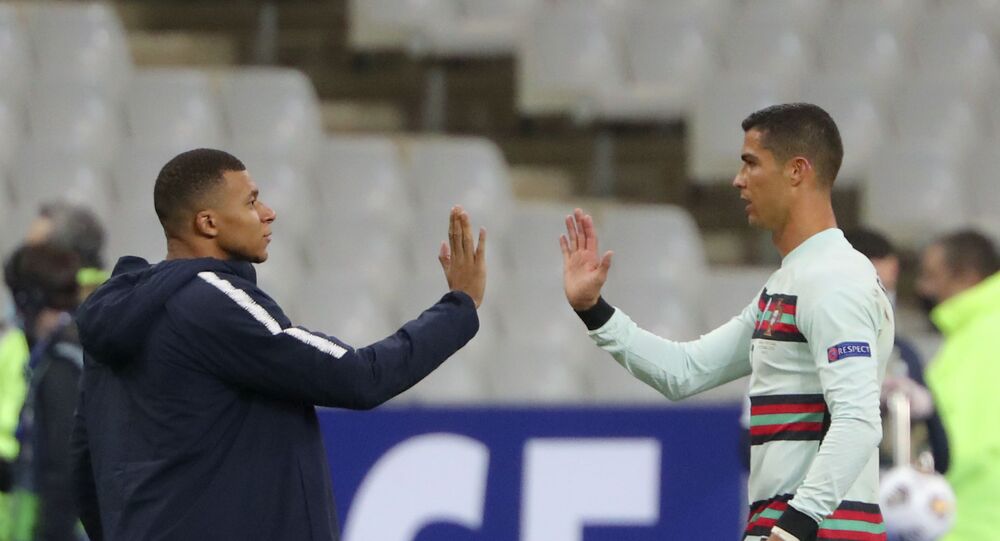 Biggest Star Swap: Juventus is Reportedly in Talks With PSG to Trade Cristiano Ronaldo for Mbappé

Rumours about the athletes' transfers have been endless this year, with reports saying that the Frenchman is likely to join Real Madrid, while the Portuguese star is ready to take on a new challenge in another football league.

Juventus is allegedly ready to shell out $468 million to bring in French star Kylian Mbappé, OneFootball reported, citing news website TuttoSport. The Italian giants, who previously spent tens of millions, have approached this transfer season with caution due to financial losses caused by the coronavirus pandemic. Most of the club's new players were signed on loan deals with an option to buy. This tactic reportedly allowed the club to save money in order to purchase the 21-year-old Kylian Mbappé, who has been constantly compared with the "King of Football" Pele.

However, to pull off this transfer Juve needs to let go of Cristiano Ronaldo, whom they pay more than $600,000 a week. PSG's president, Nasser Al-Khelaifi, previously hinted that the club would be willing to sign the Portuguese superstar and reports say that Ronaldo himself dreams of joining the French club and playing with Brazilian ace Neymar.

Mbappe himself idolises Ronaldo, but according to another French star Zinedine Zidane, the 21-year-old dreams of playing for Real Madrid, where Ronaldo spent nine years. Officials at Juventus earlier said that Ronaldo is committed to honour his contract obligations and play for the club until the summer of 2022.