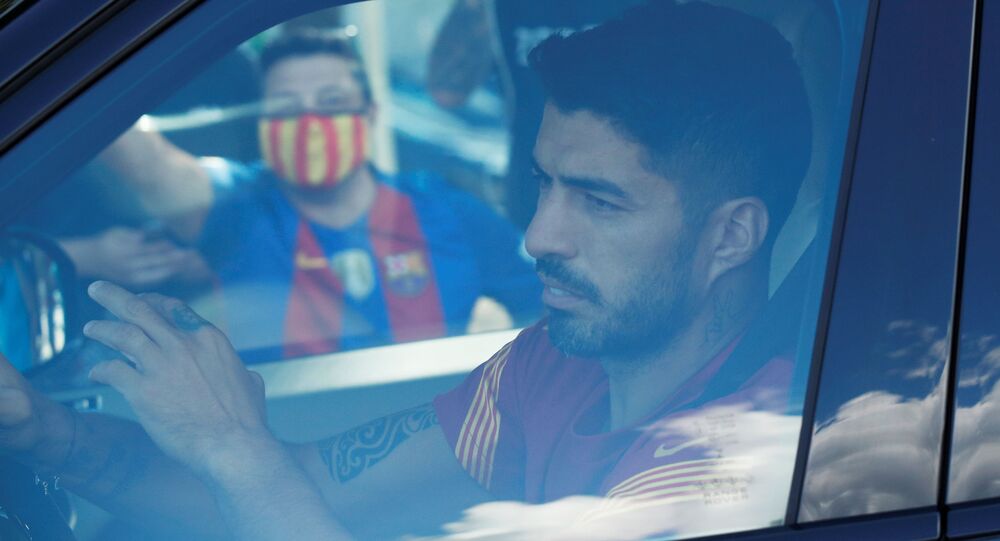 Suarez Threatened to Disclose Barca's List of Clubs He 'Could Not Move to for Free', Media Says

FC Barcelona has confirmed Suarez's move to Athletico Madrid, even though some media reports earlier this month suggested that the footballer might end up with Juventus.

Famous Uruguayan professional footballer Luis Suarez threatened to reveal certain messages sent to him by FC Barcelona regarding the clubs he wasn't allowed to join, prior to Barca finally agreeing to his transfer to Athletico Madrid, the Daily Mail reports, citing Mundo Deportivo.

According to the newspaper, Suarez sought to disclose a private email from Barcelona which named "the clubs he could not move to for free", with said list apparently did not including the Athletico.

The footballer's move reportedly had helped facilitate a "speedy resolution" of his transfer deal, as Barca has confirmed the move on 24 September, with Athletico Madrid being expected to pay 6 million euros to FC Barcelona for the move.

Having joined Barca in 2014, Suarez won numerous trophies during his tenure at the club, including La Liga, the Champions League and Copa del Rey.

Earlier this month, some media reports suggested that Suarez "has been offered" to Juventus after "seemingly being shown the door" at Barca, as the footballer apparently wasn't included in the "list of names that were seen as vital to the future of the club" compiled by FC Barcelona's new manager Ronald Koeman.