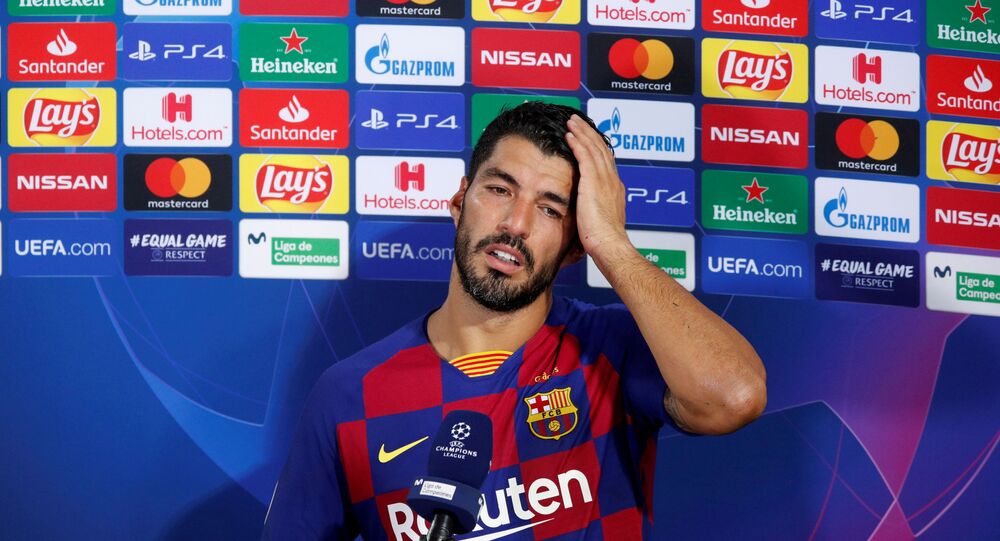 Luis Suarez, a Uruguayan football star, is joining Atletico Madrid after six years of playing for Barcelona, where he scored 147 goals.

Barcelona striker Luis Suarez, who is about to leave the team for rivals Atletico Madrid, could hardly contain his tears when leaving the club's training ground for the last time.

In a video, shared on Instagram by 433, a football-related social media agency, the apparently distraught football star is filmed wiping away tears with his arm while driving his Range Rover as he was leaving the training area.

In just a few hours, the video had garnered over three million views and left Instagram users heartbroken.

"Like it or not, he's one of the best strikers to ever play for Barca", one user wrote.

"He gave everything he could, really. Forever a club legend", agreed another user.

The 33-year-old footballer is expected to join Atletico Madrid this week after terminating his Barcelona contract. The club was initially reluctant to let Suarez go to the rival club, but eventually conceded after crunch talks.