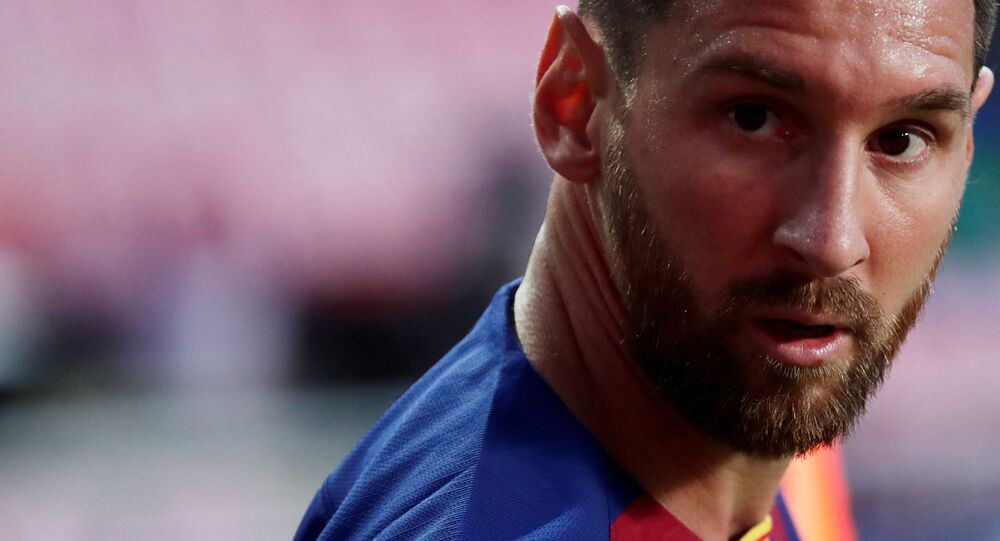 Earlier, Ronald Koeman, Barcelona's head coach, who was appointed just last week, said that he hoped to work with Lionel Messi, describing the Argentine player as "the best in the world."

Manchester City is figuring out whether it can strike a deal with Lionel Messi without violating Financial Fair Play (FFP) rules, ESPN reported citing its own sources.

The football club is studying the costs of a possible contract in case Barcelona agrees to set Messi free for a reasonable price.

As of now, Barca insists that any interested party will have to pay a €700 million release clause for the player, whose current contract expires on 30 June 2021.

However, according to ESPN, some members of the board are open to selling the Argentinian player if he insists on leaving the team and the money will be invested in rebuilding the team.

© AP Photo / Manu Fernandez
Barcelona Icon Lionel Messi 'More Than a Dream' for Milan’s Inter, Reveals Italian Club’s Ex-Boss
Sources have confirmed to the outlet that during last week's meeting with Barca head coach, Ronald Koeman, Messi transmitted his doubts about staying in the team after it lost 2-8 in a match against Bayern Munich.

Speculation has been ongoing for some time suggesting that Messi wasn't planning to re-sign with Barca after June 2021 due to "internal strife" at the club.

While the player hasn't commented on the rumours, Barca's president has said that the club has an "obligation to re-sign" Messi.