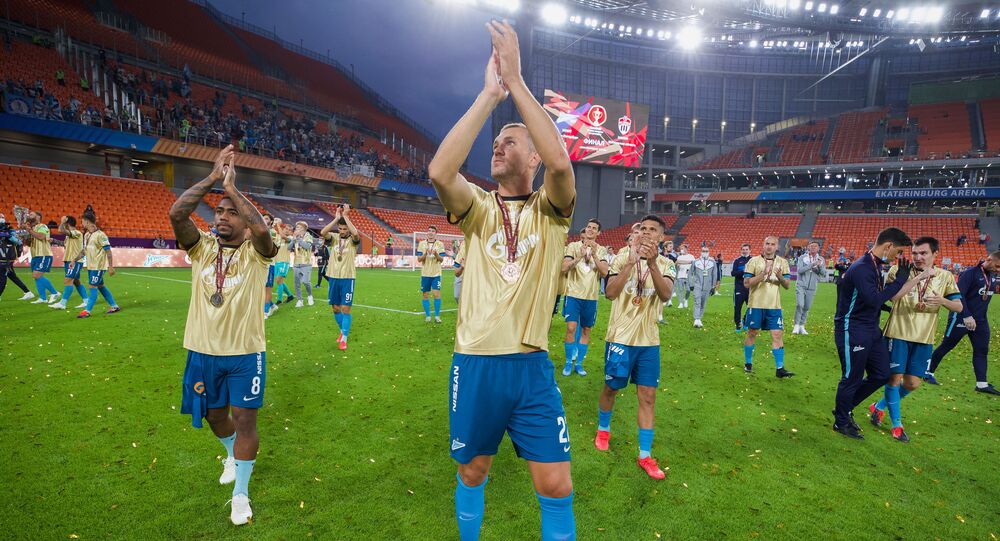 Stripping Off for the Win! FC Zenit's Dzyuba Removes His Shorts After Winning Russian Cup

The Russian Cup is held annually by the Football Union of Russia and ended this year with FC Zenit defeating FC Khimki in the final, 1-0 to take home the trophy.

Zenit forward Artyom Dzyuba has amused fans by undressing right on the field after a match with FC Khimki.

While heading back to the dressing room after an award ceremony, Dzyuba exchanged a few words with fans who asked him to give them his t-shirt, but the footballer explained that he had already given his away and only had the winner's gold jersey left.

The fans didn't calm down and shouted back advising the forward to strip off his apparel. Dzyuba then removed his shorts and threw them into the crowd, finally entering the dressing room.

Photos and videos of the revealing moment have been widely shared on social media platforms.

​Dzyuba led his team to victory on 25 July, scoring on a penalty in the 84th minute. The match was held in the Russian city of Yekaterinburg.

The St. Petersburg team won both the Russian Premier League and the Russian Cup this year.