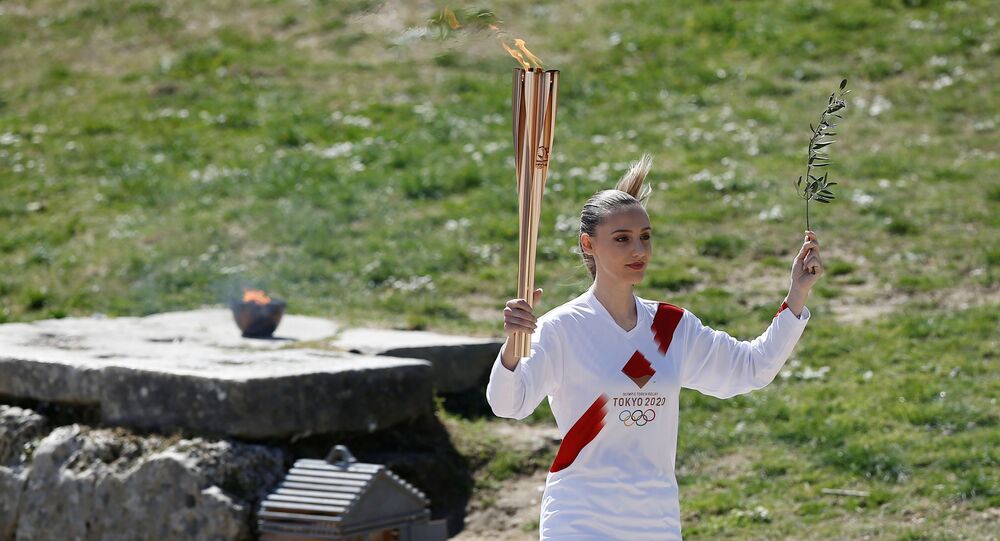 On 11 March, Japanese organising committee board member Haruyuki Takahashi told The Wall Street Journal that the 2020 Summer Olympics may be postponed for one or two years over the COVID-19 outbreak, but not cancelled.

The Greek Olympic Committee has cancelled the Olympic torch relay within Greece due to the outbreak of the coronavirus disease (COVID-19).

The Olympic torch should have begun an eight-day journey around Greece before being handed over to the Tokyo 2020 Organising Committee on 19 March.

A day earlier, US President Donald Trump suggested that the Olympic Games in Tokyo should be postponed for a year.

The statement came after a source in the Greek Olympic Committee told reporters that all the decisions regarding the games in Tokyo would be made in May.

The 2020 Summer Olympics are scheduled to take place between 24 July and 9 August.

© REUTERS / Alkis Konstantinidis
Tokyo 2020 Olympic Torch Lit in Ancient Olympia
The future of the 32nd edition of the Summer Olympics has been cast into doubt given the ongoing coronavirus disease outbreak that has prompted the cancellation of several events, including the World Figure Skating Championships in the Canadian city of Montreal and the suspension of the National Basketball Association season in the US – which both announced on 11 March.

The COVID-19 was first detected in Wuhan, China's Hubei province, in late December, and has since spread worldwide. The WHO declared a global health emergency over the outbreak in late January. The number of cases is growing rapidly in Italy, Iran, and South Korea, whereas in China they have started to decline in recent days.