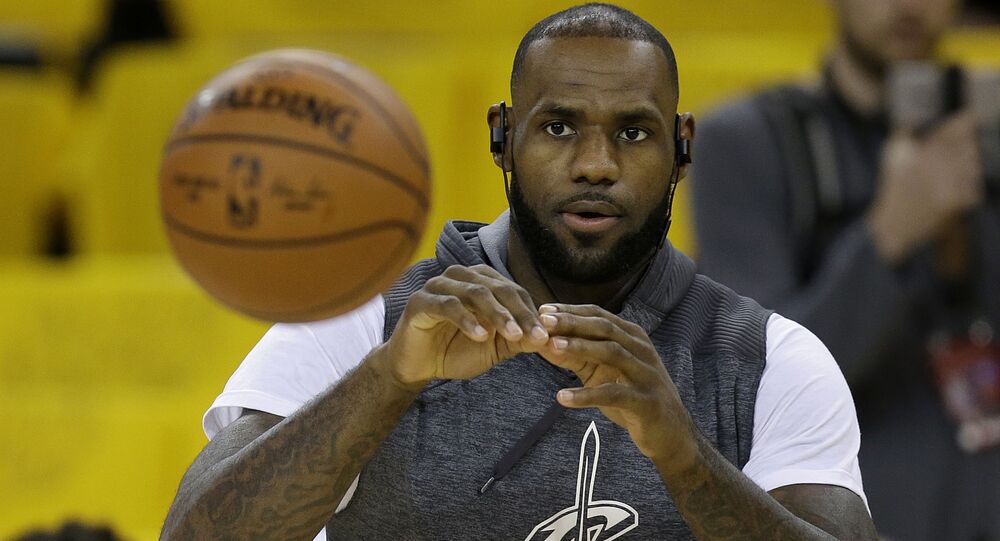 The season has had its ups and downs for the Los Angeles Lakers player, as his team has lost to their cross town rivals, the Clippers, two times in a row. However, before the next clash between the two, scheduled on Sunday, 8 March, LeBron got some good news that might inspire him.

Los Angeles Lakers star LeBron James has achieved a milestone in his career in the National Basketball Association, reaching 34,000 points, which puts him third on the all-time scoring list. The player surpassed the late Kobe Bryant, who had 33,643 points and Michael Jordan with 32,292. At the moment, James is behind two retired players - former Utah Jazz star Karl "the Mailman" Malone, with 36,928 points and Kareem Abdul-Jabbar, who tops the NBA rating with 38,387 points.

Congrats to @KingJames of the @Lakers for becoming the 3rd player in @NBAHistory to score 34,000 points! pic.twitter.com/yLz03BKKIm

On Twitter fans of the player tried to figure out how much time it would take for LeBron to overtake second and first place, but their estimates varied considerably. According to statistics, however, after 16 seasons, his stats included regular-season per-game averages of 27.2 points.