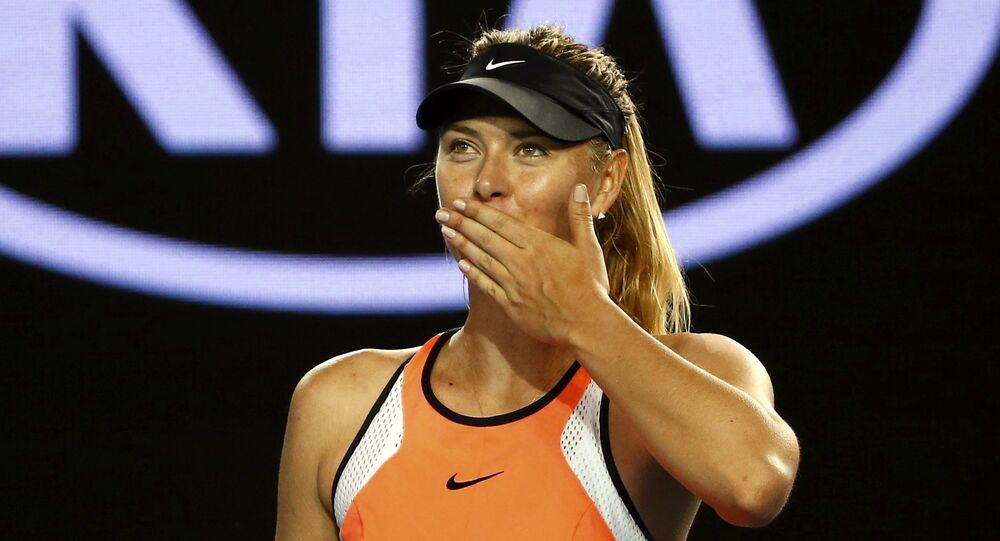 Maria Sharapova: Highlights of Her Career and Interesting Facts

In a farewell letter, the athlete thanked the sport that “gave her a life” and told budding athletes that doubt and self-judgement are inevitable parts of the sport. “You will fail hundreds of times, and the world will watch you. Accept it. Trust yourself. I promise that you will prevail”, Sharapova wrote in her letter.

Russian tennis player Maria Sharapova has announced she is retiring from tennis after 28 years. The 32-year-old said she is ready to scale another mountain and compete on a different type of terrain without elaborating. Here are the highlights of her career and interesting facts you may not be aware of.

The third youngest winner of Wimbledon

She debuted in professional tennis in 2001 and three years later at the age of 17, she won her first Grand Slam title, defeating none other than defending champion and tennis legend Serena Williams in the Wimbledon final and thus becoming the third youngest woman to win the tournament. Sports pundits called Sharapova’s victory “the most stunning upset in memory”. The victory resulted in a huge popularity spike, which media dubbed "Maria mania".

World No.1 and winner of all Grand Slam titles

Despite the fact that in 2005 Sharapova did not manage to win any prestigious tournaments, her numerous victories led her to the first place in overall ratings. During her career, Sharapova reached no 1 five times.

She joined the list of athletes who managed to win all the Grand Slam tournaments, the most prestigious tennis events. Sharapova is a double winner of the French Open also known as the Roland Garros (2012,2014) and has also won the US Open (2006), Wimbledon (2004), the Australian Open 2008, where she did not lose a single set.

Sharapova won numerous single titles and was included in the list of the 100 greatest female tennis players of all time. In 2011 Time magazine included her in the list of "30 Legends of Women's Tennis: Past, Present and Future".

Screams during the game and her powerful serve

Sharapova is also famous for the loud screams she emits every time she hits a ball. Sometimes these grunts made the audience burst into laughter and intimidated opponents. During the tournament in Birmingham, her opponent Nathalie Dechy complained to the umpire about Sharapova’s habit and the athlete was asked to be less loud. At Wimbledon, her screams reached 105 decibels –which is louder than the noise one may hear in the metro or at factories. 105 decibels is the level of noise one experiences at a rock concert.

Sharapova is also famous for her powerful serves. Sports pundits say that before shoulder injuries started to plague the Russian, her serve was one of the most fearsome in female tennis. During a tournament in Birmingham in 2010, her serve reached the speed of almost 195 kilometres per hour.

Sharapova’s brilliant performance has not only earned her the love of millions of tennis fans across the world but also earned her millions of dollars. According to Forbes magazine, the Russian was named the world’s highest-earning female athlete for 11 years. In 2015 contracts with Nike and Evian brought her almost $30 million.

Despite the fact that she has been living and training in the United States since the age of 7. Sharapova performs under the Russian flag and won a silver medal at the 2012 Summer Olympics in London. "It is about the family environment, it is about the rich culture. Just life experiences that I look back to, and I know that for so many years I was shaped into the individual I am from those experiences. And not necessarily simply the country, but the people, the mentality and the toughness- and that attitude of never giving up", Sharapova said in an interview.

Sharapova donated $ 50,000 to victims of the Beslan school siege in Russia’s North Ossetia. Together with the United Nations Development Programme she launched a $ 210,000 scholarship for students in Belarus affected by the Chernobyl nuclear disaster and donated 100,000 to other Chernobyl-related projects. The athlete also founded The Maria Sharapova Foundation, which helps children across the world achieve their dreams.