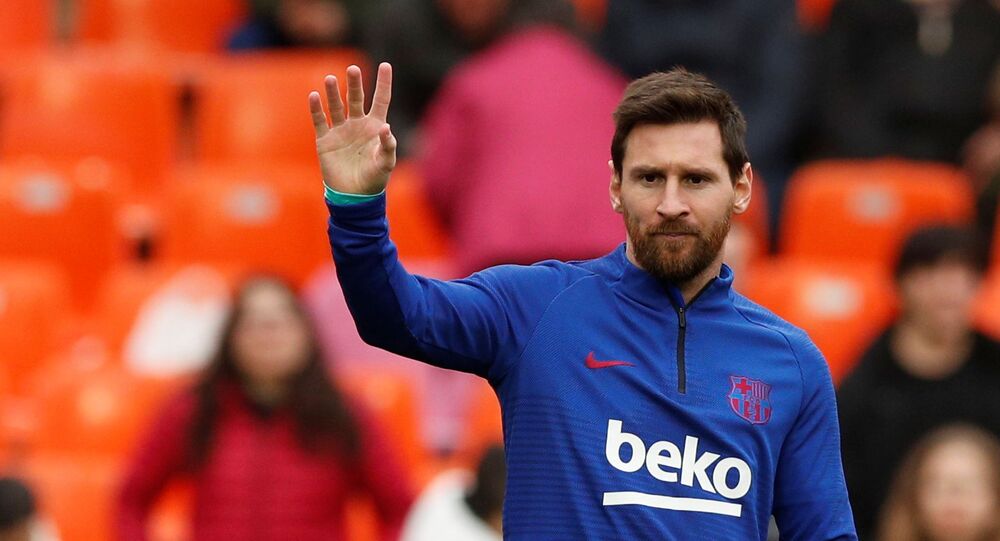 The speculations about Messi’s status in Barca were apparently fueled by reports about a certain clause in his contract which grants him the ability to part ways with the club at the end of any of the remaining seasons.

After Abidal told the newspaper Sport that he sensed that many of the team’s players "weren't satisfied or working hard" under Ernesto Valverde, the former Barca manager who was sacked by the club in January, Messi responded via an Instagram post, arguing that the club's hierarchy, not the players, should take responsibility for firing Valverde.

Commenting on this development, CNN World Sport contributor Darren Lewis warned that this situation may herald certain changes for the club.

"It might be a very small one but there is a possibility that Messi could leave Barcelona," he said, as quoted by the media outlet. "They will have to do something about this because a lot of jobs will rely on Barcelona fans being able to enjoy not only their best player but the best player in this sport."

His concerns were echoed by Spanish newspaper Diario AS, which claimed, citing La Gazzetta Dello Sport, that there are already at least five clubs - Paris Saint-Germain, Manchester City, Manchester United, Juventus and Inter Milan – that could make Messi an offer if he opts to part ways with Barcelona.

The newspaper also pointed out that Messi’s contract with Barcelona FC apparently has a release clause "which states that he is able to leave at the end of any of the remaining seasons left on his contract, on the condition that he gives the club a month's notice".

Barca’s coach Quique Setien, however, argued that the club won’t be destabilised by this situation, adding that Messi did not need to be reminded about his responsibilities.

"Of course I believe he is as motivated as ever, he's smiling, he looks well and he loves coming here to train. He's the same as yesterday or the day before," he said. "Messi has enough experience and ability to know what he needs to do, I'm not going to get involved in his life or anyone else's."