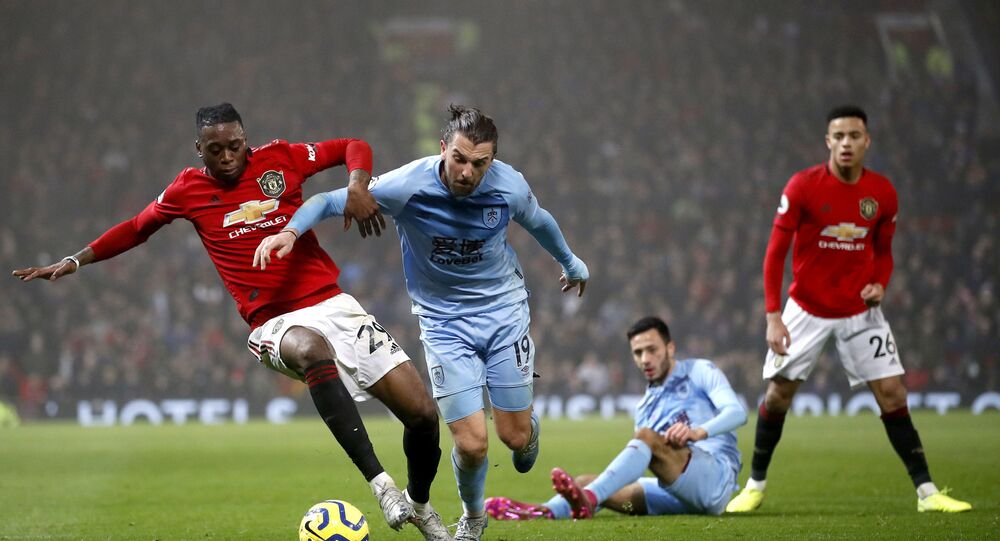 Manchester United fans are bracing themselves for more misery this weekend, seven years after Sir Alex Ferguson retired as manager. One of the world’s biggest football clubs travel to tiny Tranmere Rovers on Sunday fearing defeat in the FA Cup. Where has it all gone wrong?

Manchester United, under manager Ole Gunnar Solskjaer, are in such bad form right now that their supporters are genuinely scared of being humbled by Tranmere, a club third from bottom of England’s third tier.

On Wednesday, 22 January, the Red Devils’ poor form in the Premier League reached a new low point when they meekly surrendered in a 2-0 home defeat to lowly Burnley.

Using the 'Alex Ferguson took seasons to get it right' argument to justify faith in Solskjaer is so deeply flawed. Ferguson had won three league titles, five domestic cups and two European trophies before joining them. He had a CV that argued for perseverence; Solskjaer doesn't.

​Solskjaer said this week there is “no quick fix” when it comes to improving the United squad, which he admitted was “not good enough.”

United spent £145 million on new players last summer - signing defenders Harry Maguire and Aaron Wan-Bissaka and midfielder Daniel James - but the club are still outside the top four and are a staggering 33 points behind arch-rivals Liverpool.

(*Their conduct towards the ref, not their actual performance)

​It is all a far cry from the glory days under Sir Alex Ferguson, who won 13 Premier League titles, two Champions’ Leagues, five FA Cups and four League Cups at Old Trafford.

When he retired his chosen successor was David Moyes, who had done well at Everton, but he struggled to rebuild an ageing squad and the decline set in.

Solskjaer on the #mufc rebuild: 'You don’t just take the roof off when you need to knock your house down. You need to put the foundations in. You don't just start with the roof. We’ve had a couple of rainy days and we wish that roof was on but we can't hide.' #mufc

​The United board lost patience with Moyes and replaced him with veteran Dutch manager Louis Van Gaal and then Jose Mourinho but both foundered as the team were overtaken first by Manchester City and then, more recently, by Liverpool.

United supporters on social media are divided between those who believe Solskjaer - whose only previous UK managerial experience was an eight month stint at Cardiff City which ended with relegation and the sack - is part of the problem and those who believe the club should stick with the Norwegian.

Look at the heartbreak on Sir Alex Ferguson's face when he see's what Woodward and the Glazers have done to his once proud club. #SackWoodward pic.twitter.com/3kkZFkE2h6

​Solskjaer was given the dreaded vote of confidence by the board this week but if United are knocked out of the FA Cup by Tranmere on Sunday, 26 January, they will come under intense pressure to fire him.

Initially Solskjaer lifted the gloom around Old Trafford after Mourinho was sacked and won 14 out of his first 17 games in charge, scoring 39 goals and conceding only 13.

But that honeymoon period is ancient history now and United have left off where they ended last season - inconsistent and mediocre, with star players like David de Gea and Paul Pogba woefully under-performing or going absent with dubious injury problems.

For a club of United’s stature that is nowhere near good enough and the fact that Liverpool won the Champions’ League last May and are now marching away with the Premier League this season is even more humiliating for United fans.

The impact of Sir Alex Ferguson’s departure is known by everyone. However, replacing David Gill with Ed Woodward is like trading in a Bentley for a unicycle that has a missing wheel. #SackWoodword #GlazersOut #Mufc pic.twitter.com/gbdToYX8Ql

​Some have criticised the club’s American owners - the Glazer family - and their executive vice-chairman Ed Woodward, who is reportedly responsible for the delay in United signing Portuguese midfielder Bruno Fernandes.

Ed Woodward is spending a small fortune hiring a PR consultant to improve his image with fans (bloke's been busy, see below). I could tell Ed for free what to say that would immediately cheer the fans up: I resign. https://t.co/3MEXmsF5gR

​Sporting Lisbon want £68 billion for Fernandes but Woodward is reluctant to pay more than £38 billion.

Genuinely, Ed Woodward should be sacked on this disgrace of a transfer window alone, let alone the previous 6 years beforehand#SackWoodward

​On Wednesday night, as their team belaboured to defeat by Burnley, many United fans sang: “Build a bonfire, build a bonfire, put the Glazers on the top, put Ed Woodward in the middle and burn the f***ing lot.”

Ed Woodward & co have paid 33.4 million in pay offs sacking THEIR mistakes. And we're struggling to find an extra 5 to sign Fernandes and desperately searching for loan deals.....

​In November the New York Stock Exchange was informed that the club’s debts were now £384.5 million, an increase of £137 million on the previous year.

As for Sir Alex - who has made a full recovery from a brain haemorrhage he suffered in 2018 - he appears saddened by the current United team and the inability of the manager - a player he signed - to get a grip.

Last month cameras focused on him as he reacted with bemusement by Solskjaer’s decision to take off striker Anthony Martial and bring on defender Luke Shaw during a game at Burnley.