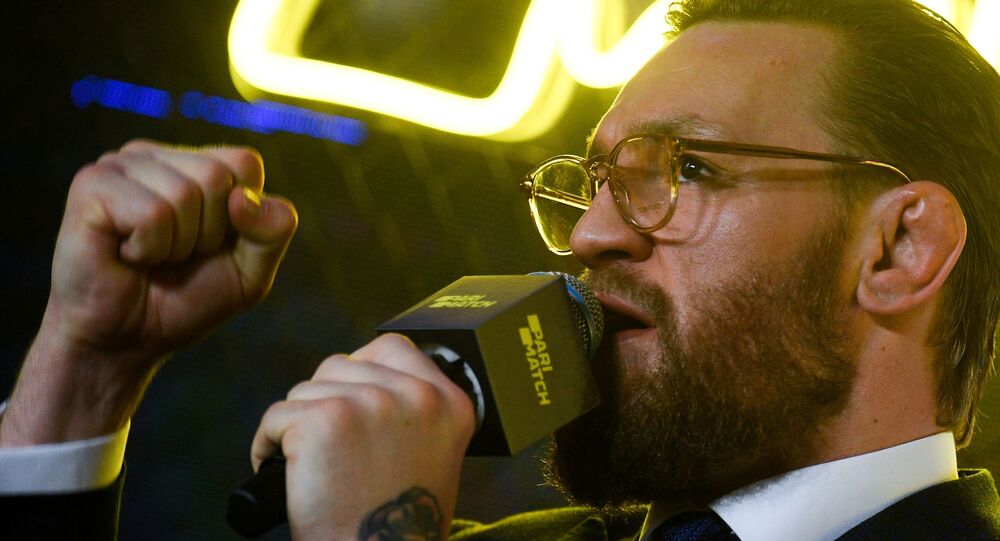 The former UFC champion held a press conference in Moscow on Thursday, with a large group of Russian men, presumably hailing from fellow UFC champion Khabib Nurmagomedov’s home region of Dagestan, gathering at the Ritz Carlton hotel in central Moscow after McGregor quipped that Khabib was ‘running from him’.

Conor McGregor’s posh luxury hotel in central Moscow saw its security beefed upon on Friday over the UFC fighter’s comments about Dagestanis, with police in the Russian capital taking it upon themselves to ensure security, local media have reported.

In his press conference on Thursday, McGregor called out Nurmagomedov, who trounced him at UFC 229 in Last Vegas last October, telling him he was staying at the Ritz Carlton. “Where is he right now? I believe he’s out of the country. I fly in, he flies out. Typical of the Dagestani man,” McGregor boasted, goading his rival.

Asked if he might visit the Russian Caucasus Republic of Dagestan, McGregor said he “wouldn’t go to Dagestan to take a s***.”

The offensive remarks prompted a crowd to gather at the entrance of the Ritz Carlton, with local media reporting that about a 100 people were gathered at the scene, with some of them fans of McGregor, while others were fans of Nurmagomedov, or Dagestanis who offended by the Irish fighter’s comments.

Two men from the crowd managed to enter the building, telling reporters that they wanted to show McGregor that people from Dagestan “don’t run from him.”

Tensions remained high Friday, with an angry Dagestani man throwing a water bottle at McGregor during a training session on Friday, shouting “Me and my people and my father are cowards? What did we do to you?” he asked. The Irish fighter shouted back “Shut up, you fool,” with the man led out of the room by security.

McGregor is due to leave Moscow later today.

The Irish fighter had sought a rematch with Khabib ever since his humiliating defeat against the Dagestani fighter last year. The undefeated Khabib has refused to fight McGregor again. However, earlier this month, Khabib’s father said the fighter may face off against McGregor in Moscow after all, but only after a fight with Tony Ferguson.

After their October 2018 fight, Khabib was suspended for nine months after hopping out of the octagon and attacking McGregor’s entourage. Later, the fighter explained that McGregor’s crew had insulted his country, his people, his family and his faith.