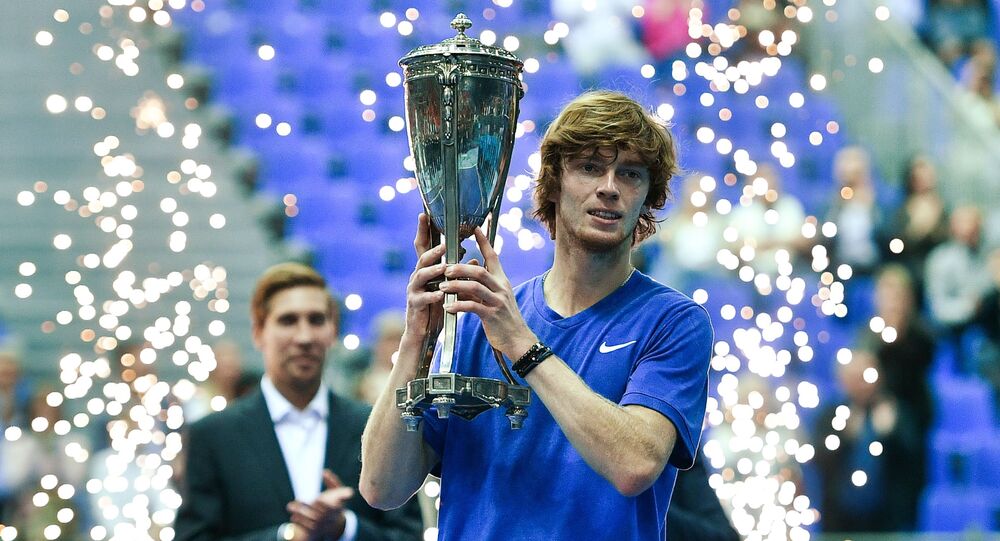 The match between Rublev and Mannarino lasted one hour and two minutes.

Russian tennis player Anastasia Pavlyuchenkova on Sunday lost to Switzerland's Belinda Bencic in the finals of the Kremlin Cup in Moscow.

Bencic managed to secure victory over Pavlyuchenkova with 3-6, 6-1, 6-1. The match lasted one hour and 43 minutes. Bencic, who maintains the tenth position in the Women's Tennis Association (WTA) rankings, won her fourth WTA tournament in the career and the second one this year.

The 40th-ranked Pavlyuchenkova won 12 tournaments, including the Kremlin Cup 2014.

The prize fund of the Kremlin Cup female competitions exceeds $965,000.