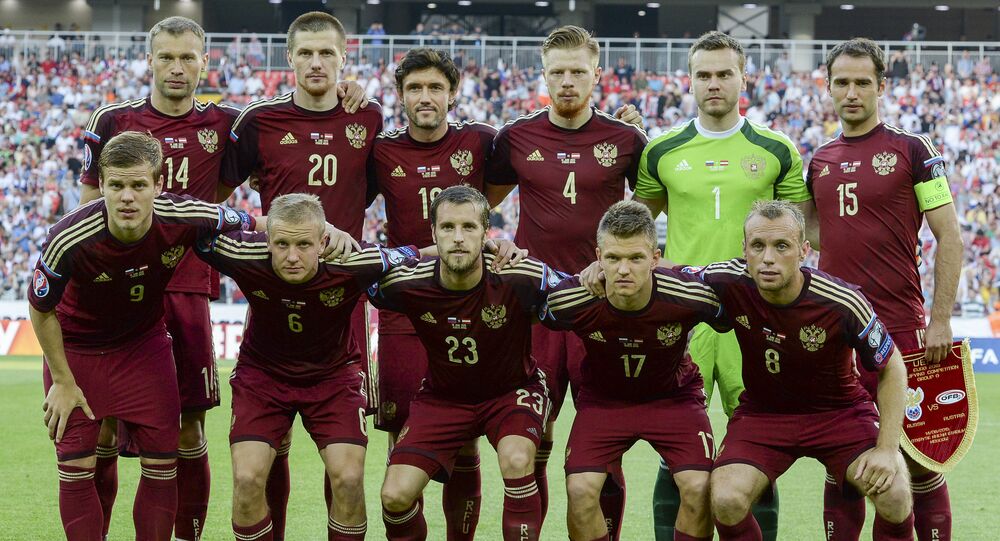 In the not too distant past, Russia reached the semi-finals of Euro 2008, where inspired by dazzling playmaker Andrei Arshavin, they pulled off shock victories against the likes of the Netherlands.

Scotland are taking on Russia today in Glasgow in a Euro 2020 qualifier, and the two teams recent footballing history could not be more different.

On the one hand Russia are fresh after reaching the quarter finals of the 2018 World Cup; a tournament which they hosted with aplomb, and where they knocked out giants of the sport Spain, along the way.

Conversely, Scotland haven’t won so much as a raffle in recent years, having failed to qualify for a major football tournament since the 1998 World Cup in France.

But the emergence of players like left back Andrew Robertson, who rose from obscurity to become a Champions League winner with Liverpool, as well as the introduction of the new, experienced manager in Steve Clarke has given the Caledonians cause for optimism.

Vitaly Artomonovs, the organiser of a pre-match game between Russian and Scotland fans, was confident that Russia has what it takes to win, but was expecting a tough match nonetheless.

“We hope that Russia will play well, and we hope that we will win today, because we have really good players now, and our national team is in a good condition; so we’ll see, and of course we are waiting for a good game from the Scotland team,” he said.

Russia supporter Mikail Prolov felt lucky to have made the trip, despite the rain.

“For the majority of Russian fans it’s not so easy to get to Scotland because of the visa process and so on. We have brought a lot of guys, but the majority of fans won’t be able to attend, and if we are talking about relations between the supporters; both sides have good supporters and I think we will see a good atmosphere at the match, and everything will be good.”

“The atmosphere is brilliant and we are looking forward to playing today and watching the game. Scotland has a beautiful landscape, I was here last November for the game between Spartak Moscow and Rangers. The weather is not so good, but it’s still alright, it’s just proper British weather.”

A female Russia fan passing by confessed she was not into the sport that much, but just came along to cheer on her nation and experience the warm greeting of the friendly Scots.

“I don’t know what it’s going to be, but I hope it will be at least 5-0 to Russia, I’m not a big football fan, but I am going to support my country and just have a good time really, and I hope to take advantage of the excellent atmosphere and Scottish hospitality.”

Scotland fan Ross McNaught was all too happy to extend the Caledonian hand of friendship to the Russian arrivals.

“As always when we receive guests in Scotland, we are treating them with the finest of hospitality, we’ve found our Russian visitors to be kindred spirits, they are a group of lovely guys with a shared passion for football, friendship and international travel, and we are welcoming them here in the best Scottish tradition of sport, hospitality and of course whisky,” he said.

McNaught was also hoping that his national team could see an upturn in fortunes after years of hurt.

“Optimism lives strong in Scotland, but we are of course more famous for our glorious defeats and failures in recent years, but right now there is a new dawn under our new manager Steve Clarke, who has enthused the Tartan Army, and we are hoping that a result against Russia could see us turn in the right direction,” he added.

However the match turns out, it seems like a good time will be had by all in sunny Glasgow.