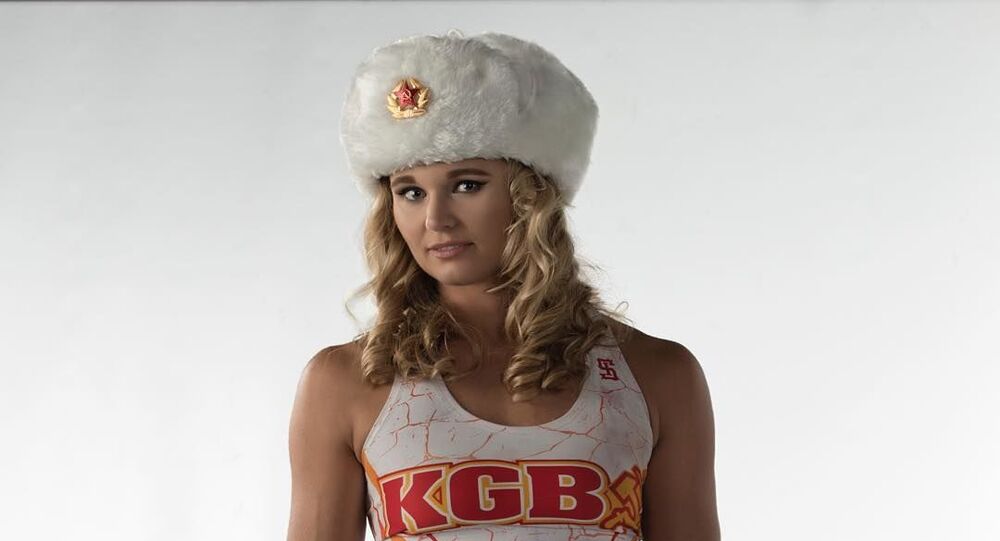 Andrea Lee, who rides a seven-fight win streak at Ultimate Fighting Championship (UFC) events, is widely known for performing under the nickname of KGB while wearing a cowboy hat during photo-ops.

The US’ flyweight Andrey Lee told the website MMA (Mixed Martial Arts) Fighting that she is “honoured” that she was “one of the females that was chosen to come out here to make history and fight here in Abu Dhabi”.

The 30-year-old referred to her fight with Scottish rival Joanne Calderwood at UFC (Ultimate Fighting Championship) 242 in the United Arab Emirates’ capital scheduled for Saturday.

Lee will be one of the first female MMA fighters to feature on the preliminary card of Russian lightweight champion Khabib Nurmagomedov’s title defence against the US’ Dustin Poirier at the YAS Arena.

Shout out to my sponsors @lub_mma and Maurice White with Sports Ink Apparel! Maurice always makes my fight outfits and even making my weigh in outfit, everything is personalized and it makes me feel super unique. If you're tired of looking the same as all the other fighters when u weigh in or fight and wanna try something new, Maurice white is the man to contact! He can do anything! #wmma #invictafc #mma #weighin #muaythai #wrestling #jiujitsu #apparel #personalized #unique

“It is definitely groundbreaking. It just shows that women’s MMA is exploding and we’re finally getting the respect we deserve and I’m happy to be a part of it […]. Being able to fight on a Khabib and Dustin Poirier card is unbelievable you know. I’m very excited about that alone”, Lee said.

She claimed that “stylistically,” she and Calderwood “matchup perfectly” and that she doesn’t think that Calderwood “has the upper hand necessarily.”

“I think that we’re both gonna collide and it’s gonna be fireworks,” Lee added.

Lee, who has a record of 11-2 in professional MMA and rides a seven-fight winning streak at UFC events, is internationally known for wearing a cowboy hat and an outfit with the KGB inscription during pre-bout photo-ops.

She performs in the Octagon under the same name, which was incidentally picked by her trainer-turned-husband Donny Aaron. Earlier this year, he was arrested and jailed on charges of domestic violence and false imprisonment.

The KGB is a Russian language acronym for the Committee for State Security, the Soviet Union’s main security agency from 1954 until its break-up in 1991.

‘I Want to Fight Real Guys’: Khabib on Possible Rematch With Conor McGregor