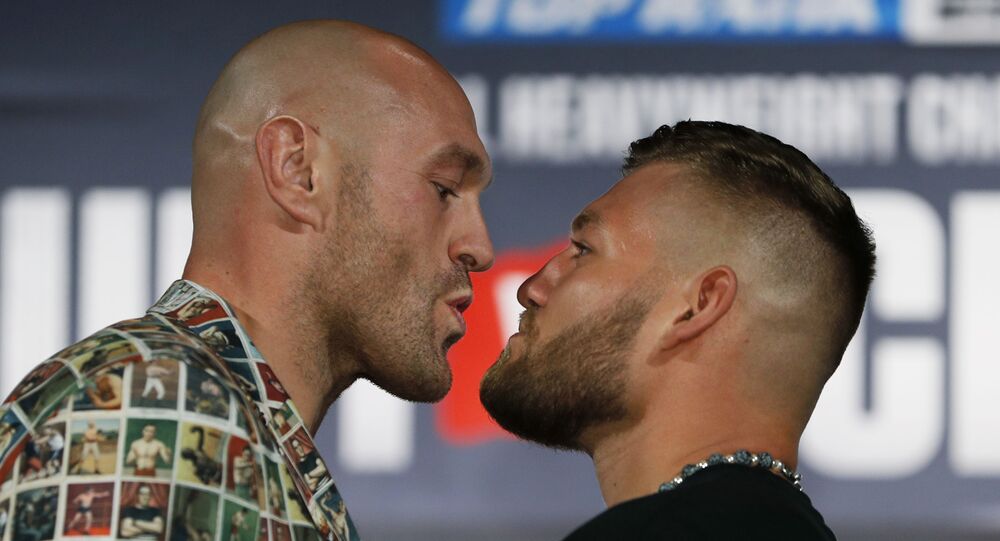 Tyson Fury is lined up for a multi-million dollar rematch with Deontay Wilder next year but he knows that defeat against Germany’s unbeaten Tom Schwarz on Saturday, 15 June, could mean kissing goodbye to that payday.

Fury, who will fight in Las Vegas for the first time, said of Schwarz: "This man knows he changes his life and the life of his family if he beats me. I have a funny feeling I am going to have to get up off the floor in this fight to win it. I'm here long enough for an after-party but if I get chinned there'll be no party."

Practice offence and defence into it becomes like a smooth dance 🕺 pic.twitter.com/wFY5LHHqNI

​Fury is the heavyweight division's lineal champion - meaning he beat the previous champion, Wladimir Klitschko, and the only blemish on his record is that draw against Wilder in Los Angeles in December, when he got up after being floored in the last round.

Fury said: "I was put down heavily last time twice. What's to say my chin hasn't gone? We don't know, do we?”

On 1 June another unbeaten British fighter, Anthony Joshua, was sensationally beaten by Andy Ruiz, who had been given no hope of winning the fight.

Joshua will now have to beat Ruiz later this year to regain his title before he can even think of a megafight against Fury or Wilder, who owns the WBC title and defended it in style last month by knocking out Dominic Breazale in the first round.

​Fury, whose ebullient charisma and sense of showbiz is perfectly suited for Sin City, said: "Fighting in Las Vegas is an honour for a boxer, and I feel I'm ready to wear the part. It suits me down to the ground."

The Manchester fighter, who has gypsy heritage, said: "I can only try and be myself. I'm not trying to sell you a product. I'm just being me. If people like me, they'll watch. If they don't, then they'll kick me out of the country."

​He is polite and humble but lacks charisma and there is no doubt Fury, whose fight is being promoted by Bob Arum, is bringing the box office allure.

Fury said: “The British are very reserved. For a confident, brash talker like myself, you have to come to America to be appreciated. I always wanted to be here as a boxer. Now that I'm signed with a big US TV station (ESPN), it's my time to put on great shows."